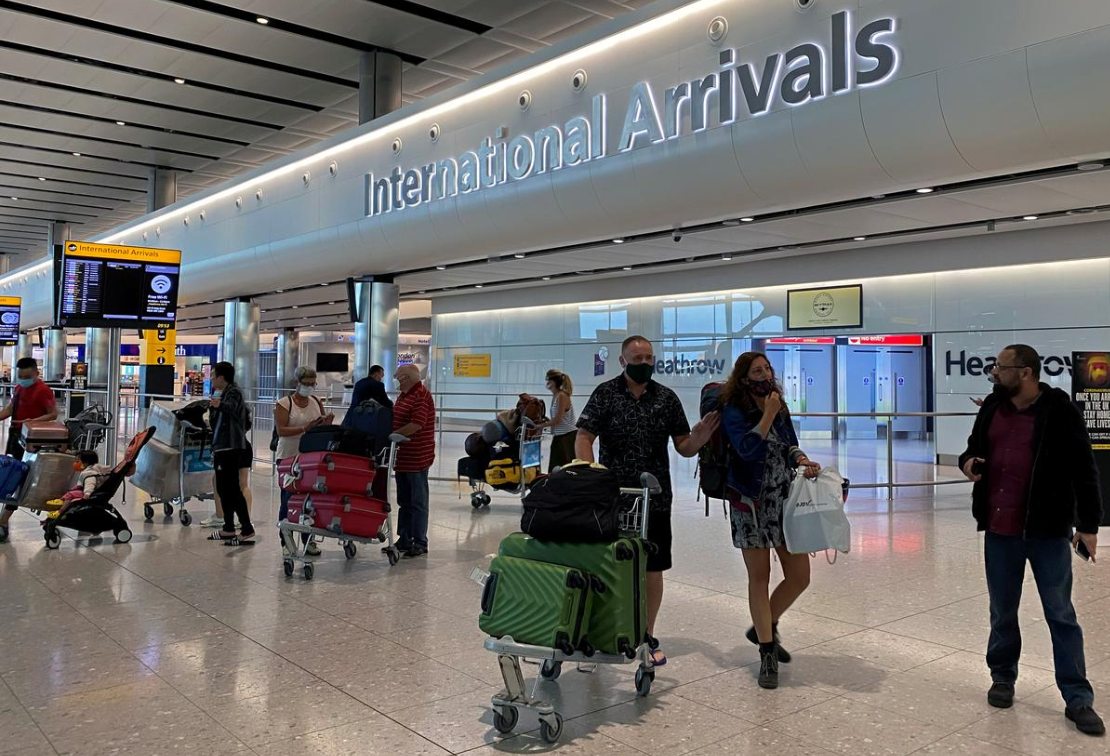 LONDON (Reuters) — The United Kingdom will later on Friday spell out details of its plans for a COVID-19 quarantine for travelers arriving from overseas, a measure that airlines have warned will devastate their industry.

The government is expected to announce that all international arrivals, including returning Britons, will be required to self-isolate for 14 days and provide details of where they will be staying to the authorities.

The Daily Telegraph newspaper reported that those who breached the quarantine would be fined 1,000 pounds with health and border officials carrying out spot checks.

“I can’t say just yet how long this quarantine will last for,” Northern Ireland Secretary Brandon Lewis told BBC TV. “It is something we will be reviewing every three weeks or so.”

The government has indicated that only those arriving from the Irish Republic would be exempt from the quarantine along with those in a number of specific jobs, such as freight drivers.

Lewis said full details of the plan, which aims to try to prevent a second peak of the coronavirus pandemic, would be outlined by the interior minister, Priti Patel, later.

Unlike many other countries across the world, Britain has carried out few tests and checks on visitors, with quarantine limited only to arrivals from China at the start of the outbreak.

That has led to accusations that Prime Minister Boris Johnson’s government had been far too slow to act, but it now also faces criticism over plans to bring in the quarantine.

Airline bosses have said the measures would have severe repercussions, with Michael O’Leary, Ryanair’s chief executive, saying they would be “unenforceable and unpoliceable” and would be ignored.

Some lawmakers in Johnson’s Conservative party have also queried the need to bring in a quarantine now, saying it would damage the economy when it has already taken a massive hit from a lockdown.

“The government needs to rethink this quickly and not go into quarantine,” Iain Duncan Smith, a former Conservative leader, told the Daily Telegraph. “If they got their testing level up, then anyone coming in would be tested and put on the tracking app.”

Image: Passengers arrive from international flights at Heathrow Airport, as the spread of the coronavirus disease (COVID-19) continues, in London, Britain, May 10, 2020. (REUTERS/Toby Melville)

Italy to reopen borders for EU tourists in early June