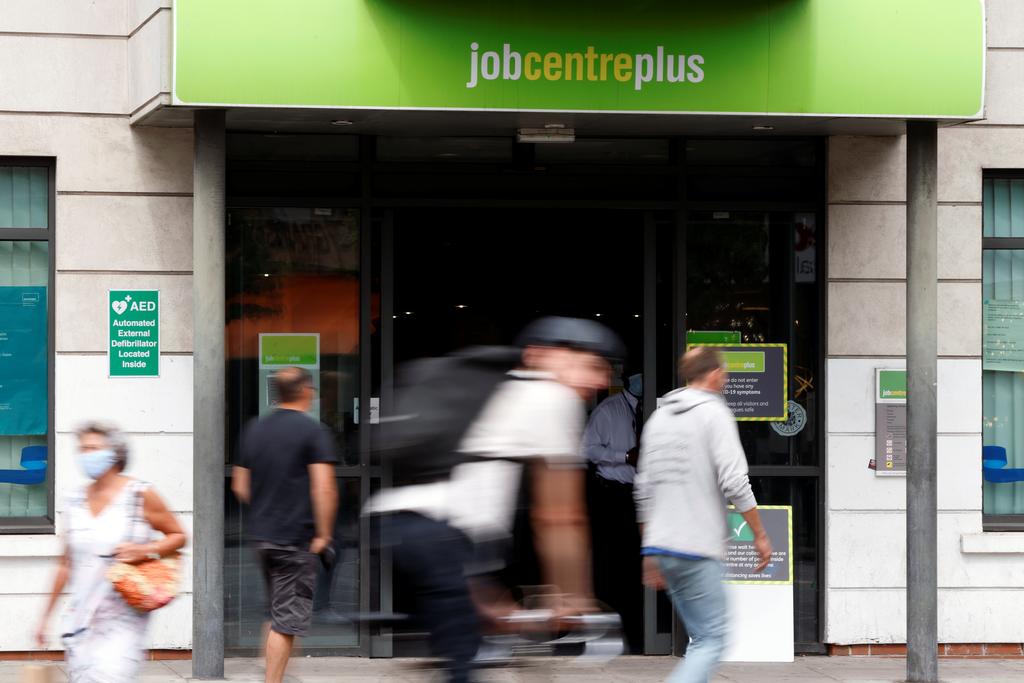 LONDON (Reuters) – The number of people in work in Britain fell by the most since 2009 in the three months through June as the coronavirus crisis took a heavy toll on the labor market, even with the government’s huge jobs protection scheme still in place.

Led by a record plunge in self-employed workers, there were 220,000 less people employed in the second quarter, the Office for National Statistics said.

Separate tax data for July showed that the number of staff on company payrolls had fallen by 730,000 since March, sounding the alarm about a potentially much bigger rise in joblessness.

Mounting job losses are expected as Britain winds down its job retention scheme which protects employees. It is due to close at the end of October.

“The cracks evident in the latest batch of labor market data are likely to soon turn into a chasm,” said Ruth Gregory, senior economist at Capital Economics.

“I’ve always been clear that we can’t protect every job, but … we have a clear plan to protect, support and create jobs to ensure that nobody is left without hope,” he said.

The unemployment rate unexpectedly held at 3.9 percent but that reflected an increase in people who had given up looking for work and who were therefore not considered to be unemployed, and people who said they were in work but were getting no pay.

Economists polled by Reuters had expected the unemployment rate to rise to 4.2 percent. Last week the Bank of England forecast the jobless rate would hit 7.5 percent at the end of this year.

“Government needs to step in and help those who are likely to lose their job retrain for new openings in different sectors,” KPMG economist Yael Selfin said.

The number of self-employed people fell by a record amount in the three months to June, led by older workers, while the number of employees rose – something the ONS said was partly accounted for by workers reclassifying themselves as employed.

The number of people claiming universal credit – a benefit for the unemployed and those on low pay – rose to 2.689 million in July, leaping by 117 percent from March.

Pay fell by the most in more than 10 years in the April-June period, down 1.2 percent, reflecting how workers on the job retention scheme receive 80 percent of their pay. Excluding bonuses, pay fell for the first time since records began in 2001.

However, there was a small increase in job vacancies in the three months to July.

“The increase was driven by small businesses (less than 50 employees), some of which reported taking on staff to meet coronavirus (COVID-19) guidelines,” the ONS said.

Image: FILE PHOTO: People walk past a branch of Jobcentre Plus, a government run employment support and benefits agency, as the outbreak of the coronavirus disease (COVID-19) continues, in Hackney, London, Britain, August 6, 2020. REUTERS/John Sibley

Gone for good? Evidence signals many jobs aren’t coming back

Extreme poverty rises; a generation sees a future slip away