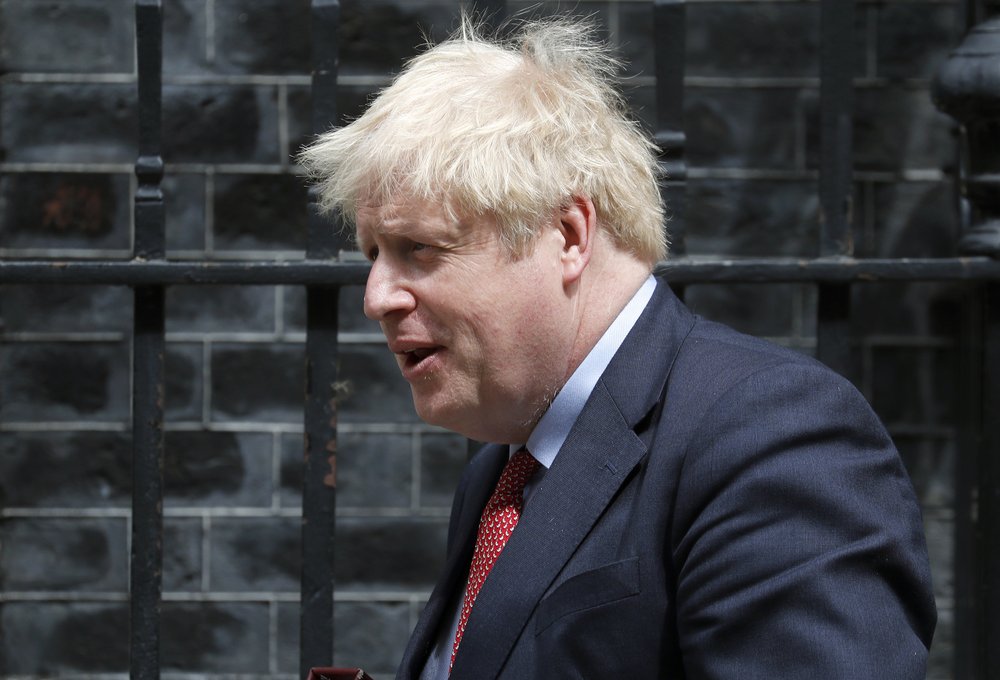 LONDON (AP) — British Prime Minister Boris Johnson said Friday that people will no longer be told to work from home and avoid public transit in a major easing of lockdown restrictions — even as he said the government was “preparing for the worst” in case of a new coronavirus spike this winter.

Johnson said the government’s advice to avoid non-essential use of public transit was being lifted immediately, and that from Aug. 1 workers would no longer be told to do their jobs from home, if possible. He said it will now be up to to businesses to determine whether they can bring employees back to workplaces in a “COVID-secure” way.

The UK’s official pandemic death toll, which stood at more than 45,000 as of Friday, has for several weeks been the highest in Europe and the third-highest in the world behind the United States and Brazil.

Johnson is trying to walk a tightrope, avoiding a resurgence of the virus while also encouraging a return to shops, restaurants and workplaces to kick-start a moribund economy that has shrunk by a quarter since March.

While some businesses have seen customers return in previous stages of lockdown easing, those that rely on office workers struggling, and Johnson is keen to see more people go back to city-center workplaces.

But the prime minister’s move to give employers “more discretion” about whether to ask their staffs to return to regular work locations appears at odds with the views of his chief scientific adviser, Patrick Vallance,, who said Thursday that there was “absolutely no reason” to change the work-from-home advice.

Johnson said he was not ordering people back to the office.

“Obviously it’s not for government to decide how employers should run their companies and whether they want their workers in the office or not,” he said.

The announcements apply only in England. Scotland, Wales and Northern Ireland all have their own public health systems and are reopening at slightly different speeds.

At a news conference, Johnson set out more details of the UK’s road out of a nationwide lockdown that was imposed in March but is gradually being eased. Shops, pubs, restaurants and hair salons have already reopened in England, and Johnson said they can be joined as of Aug. 1 by beauticians, casinos, bowling alleys and skating rinks. Nightclubs will remain closed.

Johnson said the measures could be reversed if coronavirus infection rates begin to climb again.

A report commissioned by scientific adviser Vallance said this week that there could be 120,000 hospital deaths in a “reasonable worst-case scenario” if a virus outbreak coincided with a bad flu season over the winter, though it stressed that was not a prediction.

Johnson said the government was preparing for winter by expanding capacity to test people for the virus, even if they have no symptoms. Currently, some 200,000 tests are performed a day, and Johnson said capacity would hit 500,000 a day by the end of October.

He also said local authorities would be given new powers to impose restrictions in response to localized outbreaks.

The money will allow the state-funded National Health Service to buy up space in private hospitals and maintain a string of temporary hospitals that were built rapidly around the country as the outbreak accelerated in the spring.

The “Nightingale hospitals” ended up treating few patients, but the government wants to keep the spare capacity in case a new wave of COVID-19 cases coincides with the winter flu season.

“It’s possible that the virus will be more virulent in the winter months, and it’s certain that the NHS will face the usual annual winter pressures,” Johnson said.

He said the government’s strategy was to “hope for the best but to plan for the worst.”

By JILL LAWLESS and DANICA KIRKA