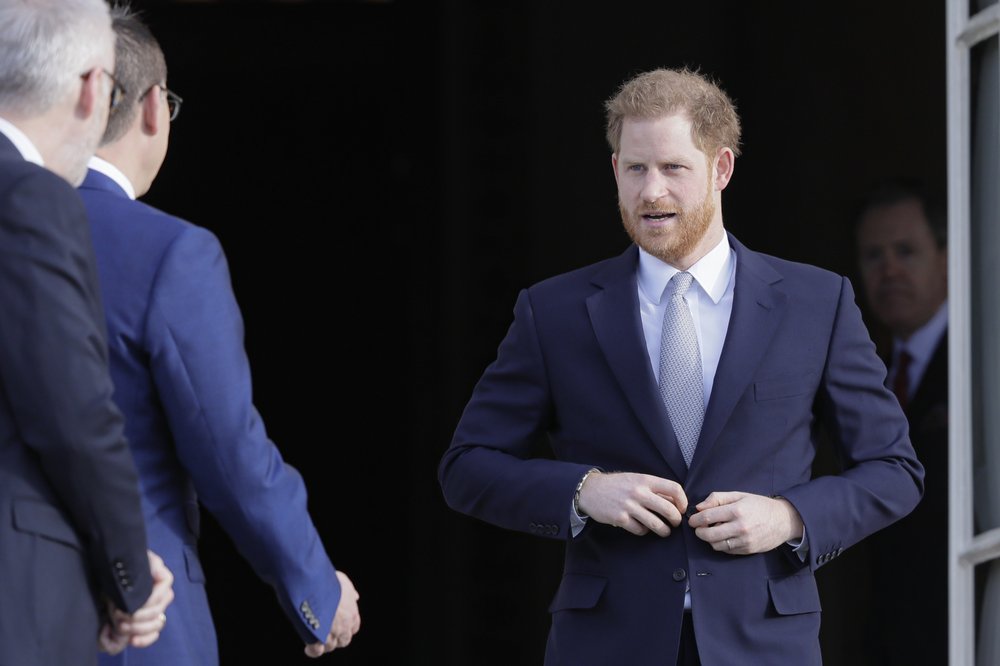 LONDON (Reuters) — Britain’s Prince Harry made his first public appearance on Thursday since Queen Elizabeth acceded to the wishes of her grandson and his American wife Meghan to step back from their senior royal roles and seek a more independent future.

The prince, sixth-in-line to the throne, watched children playing rugby league in the back garden of Buckingham Palace ahead of making the draw for the sport’s World Cup next year.

The event is his last scheduled royal engagement before he and Meghan begin a “period of transition” to their new roles.

Last week, Harry, 35, and former actress Meghan, 38, sparked a crisis in the British monarchy by announcing they wanted to reduce their royal duties and spend more time in North America, while also becoming financially independent.

The public announcement caught the rest of the royal family by surprise and left the queen and other senior Windsors hurt and disappointed, according to royal sources. A friend of Harry and Meghan said the couple felt they had been driven out.

Following a family summit on Monday at her Sandringham estate attended by Elizabeth, Harry, his elder brother Prince William and his father and heir to the British throne, Prince Charles, it was agreed that the couple would split their time between Britain and Canada.

“Although we would have preferred them to remain full-time working members of the Royal Family, we respect and understand their wish to live a more independent life as a family while remaining a valued part of my family,” the 93-year-old monarch said in a rare, highly personal statement.

The couple have said they want a “progressive” new role for themselves and the ability to fund themselves. Currently they are not allowed to seek private income and most of their money comes from the private estate of Harry’s father.

Meghan is currently in Canada with the couple’s baby son Archie where she has carried out a couple of low-key events this week. Media reported that Harry would stay in Britain for meetings next week as details about their future are hammered out before joining her.

On Wednesday, Harry, who served for a decade in the British army, published a video to announce Germany would host the next Invictus Games sporting event for wounded military personnel, indicating he would still give his support to causes he feels strongly about.

As one of the world’s most glamorous couples, they have struggled with intense media scrutiny, with Harry describing some coverage of Meghan as bullying, akin to the treatment his mother Princess Diana endured before her death in a 1997 car crash.

Some observers have criticized British media for racism in its coverage of Meghan, whose mother is African-American.

This week, the Mail on Sunday newspaper submitted its defense to court action by Meghan over the publication of a private letter she sent to her estranged father, Thomas Markle. The case could see Markle testify against her.

“There is a huge and legitimate public interest in the royal family and the activities, conduct and standards of behavior of its members,” lawyers for the paper said in documents submitted to London’s High Court.