Some of the Egyptian football fans who had a front-line role in toppling former President Hosni Mubarak have a new target — the man who replaced him at Egypt's helm, Field Marshal Hussein Tantawi.

"We want your head, you traitor Tantawi. You could have carved your name in history, but you were arrogant and you believed Egypt and its people could take a step back and forget their revolution," the Ultras Tahrir Square (UTS), a group of football fans, wrote on its Facebook page.

The rage of these ultras, as dedicated football supporters are known, was sparked by a pitch invasion on Wednesday after a match between Port Said's Masry and rival Ahly of Cairo, Egypt's most successful club. In the violence that ensued, at least 71 people were killed and at least 313 were injured.

For the ultras, as for many politicians and ordinary Egyptians, the anger was not that football fans clashed but that security forces appeared to have done little to stop them. It has added to the mounting frustration at the army's failure to restore law and order almost a year after taking charge.

"Today, the marshal and the remnants of the regime send us a clear message. We either have our freedom or they punish us and execute us for participating in a revolution against tyranny," the group said in the statement, quickly circulated online.

Residents of Port Said, as well as some politicians and ultras themselves, feel the group was the target.

"The ultras were the target (on Wednesday). This was a setup for them, a massacre. The military council and the security forces are the only parties held accountable for such events."

Ultras employed years of experience dealing with police at matches to devastating effect against Mubarak's security forces when they used heavy-handed tactics to try to crush the revolt.

The ultras are not a single, coherent body. Major football clubs each have their own ultras fan groups, such as Ultras Ahlawy or Ultras White Knights, fans of Zamalek, another major Egyptian football club. UTS, which said Tantawi was in its crosshairs, is a group of fans from various clubs who united in Tahrir Square, the focus for revolutionary campaigning.

Daring cat-and-mouse tactics by ultras, often teenagers or men in their early 20s, and steadfastness at front-line barricades under tear gas and rubber bullets wore the police down until they cracked. Within days of the anti-Mubarak uprising erupting, the police were replaced by the army.

Since then, ultras have stayed at the battle-front, scuffling with the army and police, in the upsurges of violence since Mubarak's downfall in and around Tahrir, where protesters have demanded the army hand over power immediately to civilians.

Ultras for months chanted in stadiums against the army, sending their message into people's living rooms as ordinary Egyptians turn on their televisions to watch matches. Many Egyptians, though worried by lax security, still feel the army is still the best placed to keep order.

"Military police, you are dogs like the Interior Ministry. Write it on the prison's walls, down down with military rule," one chant they coined rings through stadiums.

Football fans on Thursday reflected the hardening lines. "The people want the execution of the field marshal," thousands of Egyptians chanted at Cairo's main train station early on Thursday as fans returned from the Port Said match.

Responding to the violence, Tantawi said the army would not let anything derail the transition, which the military says means handing over power to civilians before the end of June. He also vowed to track down the culprits of Wednesday's violence.

The violence flared on Wednesday after Ahly fans unfurled banners insulting Port Said's Masry. One man went onto the pitch carrying an iron bar at the end of the match, which Masry won 3-1. Masry fans reacted by pouring onto the pitch and attacking Ahly players before attacking fans on the terraces. The police appeared to have no ability to stop it.

"For the first time in the history of matches between these two teams, we did not find police officers or state security. Police withdraw from the stadium and yes, your plot is as clear to us as daylight," the UTS group said in its statement.

Echoing condemnation by politicians, presidential candidate Hamdeen Sabbahi said those killed in Port Said were victims of "systematic chaos". He said: "What happened was black vengeance against the Ultras because of their role in the revolution."

Why are some people fearing Liverpool fans might boo minute’s silence for Queen Elizabeth? 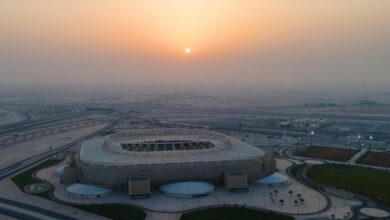