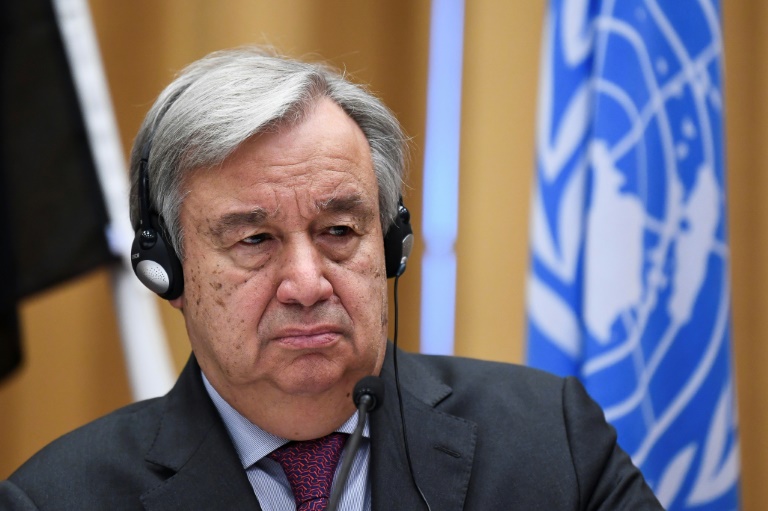 “It is absolutely essential to have a credible investigation and to have the punishment of those that were guilty,” Guterres said at a conference in Doha.

The UN chief said he had no information on the case except what had been reported in the media.

Khashoggi, a Saudi contributor to the Washington Post, was killed on October 2 shortly after entering the kingdom’s consulate in what Riyadh called a “rogue” operation.

Saudi Arabia has repeatedly rejected Turkish demands to extradite suspects connected to the murder of the journalist, a critic of Crown Prince Mohammed bin Salman.

Turkey’s foreign minister said on Sunday that Saudi Arabia has not yet shared information on a “local collaborator” in his country.

Mevlut Cavusoglu said at the conference that Riyadh has neither dislosed the name nor the facial composite of a suspect in Turkey.

“Why don’t you share it with Turkey?” he asked.

“We know that (Khashoggi’s) body was cut in pieces and his body was taken out of the consulate building, but we don’t know where the body is.

“This is the main question, we need to find out.”

On Saturday, Cavusoglu said that his country would “not give up” on establishing the truth about the murder.

Earlier this month, the minister said Turkey was in talks over a possible United Nations investigation into the killing which has provoked global outrage.

According to Turkey, a 15-member Saudi team was sent to Istanbul to kill Khashoggi, a palace insider turned critic of the regime.

Riyadh has since detained 21 people over the murder.

Despite speculation that the powerful crown prince ordered the hit, the kingdom has strongly denied he was involved.

The murder has damaged Riyadh’s international reputation, and Western countries including the United States, France and Canada have placed sanctions on nearly 20 Saudi nationals.

One of Khashoggi killers said 'I know how to cut' on audio, Erdogan says

Turkey says in talks with UN about Khashoggi investigation