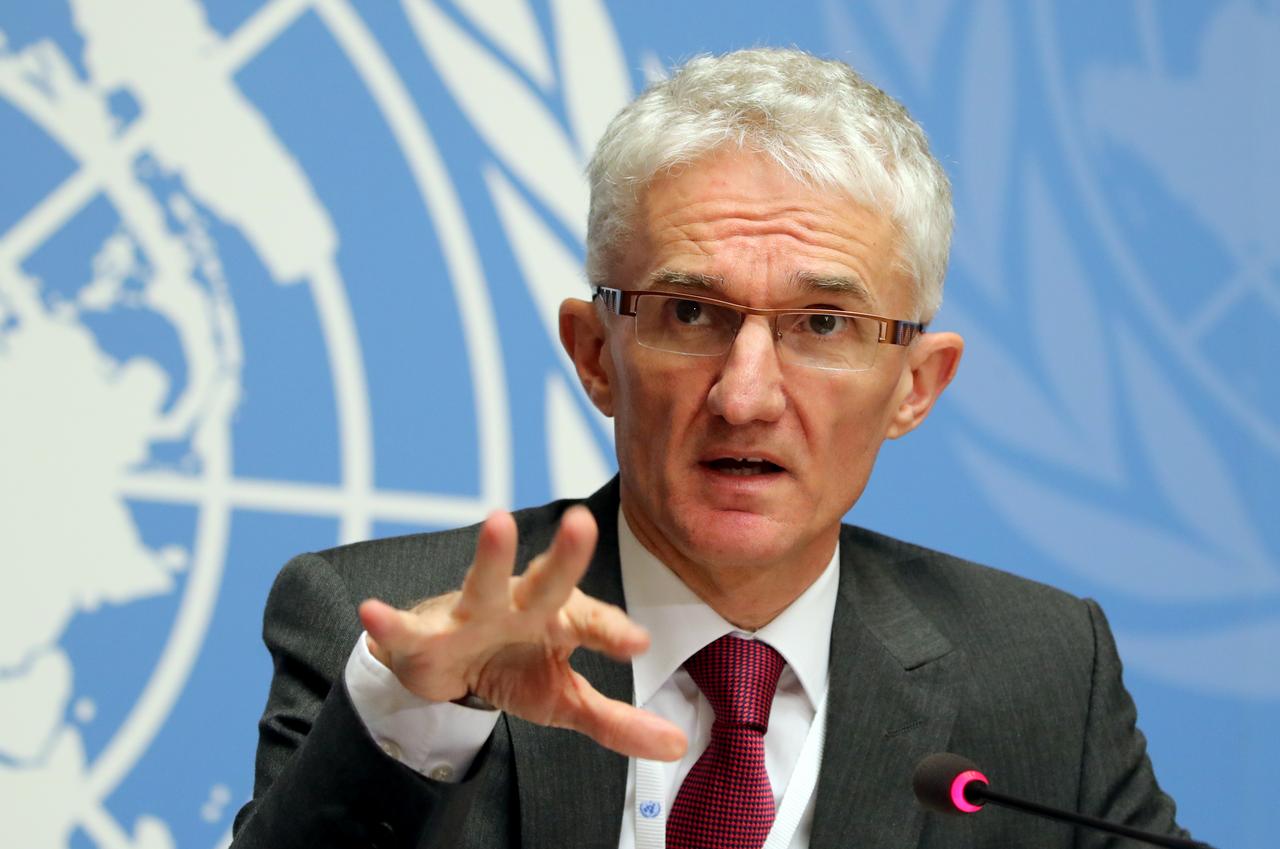 UNITED NATIONS (Reuters) – United Nations aid chief Mark Lowcock called out Saudi Arabia and the United Arab Emirates on Thursday for only paying a “modest proportion” of the hundreds of millions of dollars they pledged five months ago to a humanitarian appeal for Yemen.

Both countries each promised $750 million at a UN fundraising event in February that was seeking $4 billion, but Saudi Arabia so far has paid only $121.7 million and the United Arab Emirates about $195 million, according to UN figures.

Saudi Arabia leads a Western-backed military coalition that intervened in Yemen in 2015 in a bid to restore the government ousted from power by the Iran-aligned Huthi movement. The United Arab Emirates is a key member of the coalition.

“Those who made the largest pledges – Yemen’s neighbors in the coalition – have so far paid only a modest proportion of what they promised,” Lowcock told the UN Security Council, adding that as a result the UN appeal was only 34 percent funded compared with 60 percent at this time last year.

Saudi UN Ambassador Abdallah Al-Mouallimi said Saudi Arabia had paid more than $400 million to the United Nations and other aid organizations this year.

“This year we alone … we have paid more money into Yemen than any of the donors in the world,” Al-Mouallimi told reporters.

The UAE mission to the United Nations said the country is “currently working with the UN on the modalities of the 2019 commitment to ensure maximum benefits for the Yemeni people,” and said that since April 2015 it had given $5.5 billion in aid to Yemen.

The United Nations describes the situation in Yemen – where the four-year-long war has killed tens of thousands of people and left millions on the brink of famine – as the world’s worst humanitarian crisis.

The United States has paid more than $288.7 million to the U.N. Yemen appeal, making it the largest donor for 2019. Washington sells billions of dollars worth of weapons and military equipment to Saudi Arabia and United Arab Emirates.

“We join the call today for all donors to step up assistance in Yemen, and to fulfill their financial commitments,” senior US diplomat Rodney Hunter told the Security Council.

The World Food Programme (WFP) said on June 20 it had started a partial suspension of aid in Yemen, citing failure to reach a deal with the Houthis on controls to prevent the diversion of food away from vulnerable people. The decision affects 850,000 people in the capital Sanaa.

“We have been negotiating all night long and as of this moment we have an agreement in principle, but it’s not in a signed agreement as of yet,” David Beasley, executive director of the WFG, told the Security Council.

He said once an agreement was signed, the WFP could have food on the streets in Sanaa within days.

UN-led mediation efforts in Yemen have been focused on implementing a deal agreed by the parties in Sweden in December on a ceasefire and troop pullback in Yemen’s Hodeidah region.

“My hope is that progress in Hodeidah will finally allow us to focus on the political process, and I hope that we will see this before the end of this summer,” UN Yemen envoy Martin Griffiths told the Security Council.