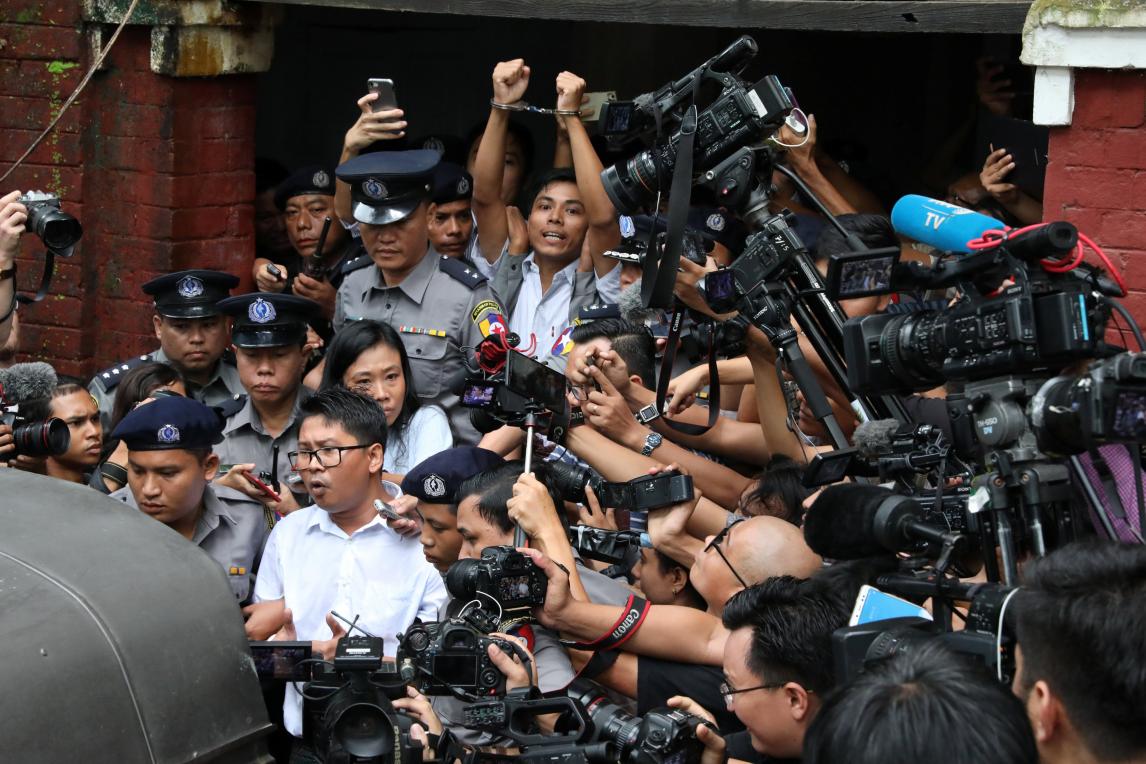 UN Secretary-General Antonio Guterres on Thursday called on the Myanmar government to pardon and release two imprisoned Reuters journalists as soon as possible.

“It is not acceptable to have the journalists of Reuters being in jail for what they were doing,” Guterres told reporters at the United Nations in response to a question about Aung San Suu Kyi’s recent remarks on the case.

“It is my deep belief that that should not happen and I hope that the government will be able to provide a pardon to release them as quickly as possible.”

Reuters reporters Wa Lone, 32, and Kyaw Soe Oo, 28, were convicted on Sept. 3 under the colonial-era Official Secrets Act in a case seen as a test of democratic freedoms in Myanmar.

The reporters, who pleaded not guilty, said they were handed rolled papers by police shortly before they were detained last December, and a police witness testified in court that they had been set up.

The reporters had been investigating the killing of 10 Rohingya Muslim men and boys by security forces and local Buddhists amid a military response to insurgent attacks last August.

Suu Kyi said at a forum in Hanoi last week the case had nothing to do with freedom of expression. She said the reporters had been sentenced for handling official secrets and “were not jailed because they were journalists.”

Earlier on Thursday, the British foreign minister, Jeremy Hunt, said on a visit to Myanmar that he was “extremely concerned” about the case of two Reuters journalists. He said he raised specific concerns with Suu Kyi about the conviction and asked her to consider giving them a pardon.

“She indicated that the judicial processes would probably need to be concluded before that could be considered, but I did put that squarely on the table as something I hoped she would consider,” Hunt said.

“This is a critical moment for Burma as one of the newest democracies in the world to show that its court system is effective and there is due process, and I think there are a number of grounds for concern that that didn’t happen in this case.”

Hunt told Reuters he pressed Suu Kyi on the importance of holding the armed forces accountable for any atrocities, adding that if that did not happen within the country, other options should be considered, including referral to the International Criminal Court.

Some 700,000 Rohingya fled Myanmar into Bangladesh from the military crackdown, which UN-mandated investigators said last month was launched by senior Myanmar generals with “genocidal intent.”

Myanmar army should be removed from politics: UN probe