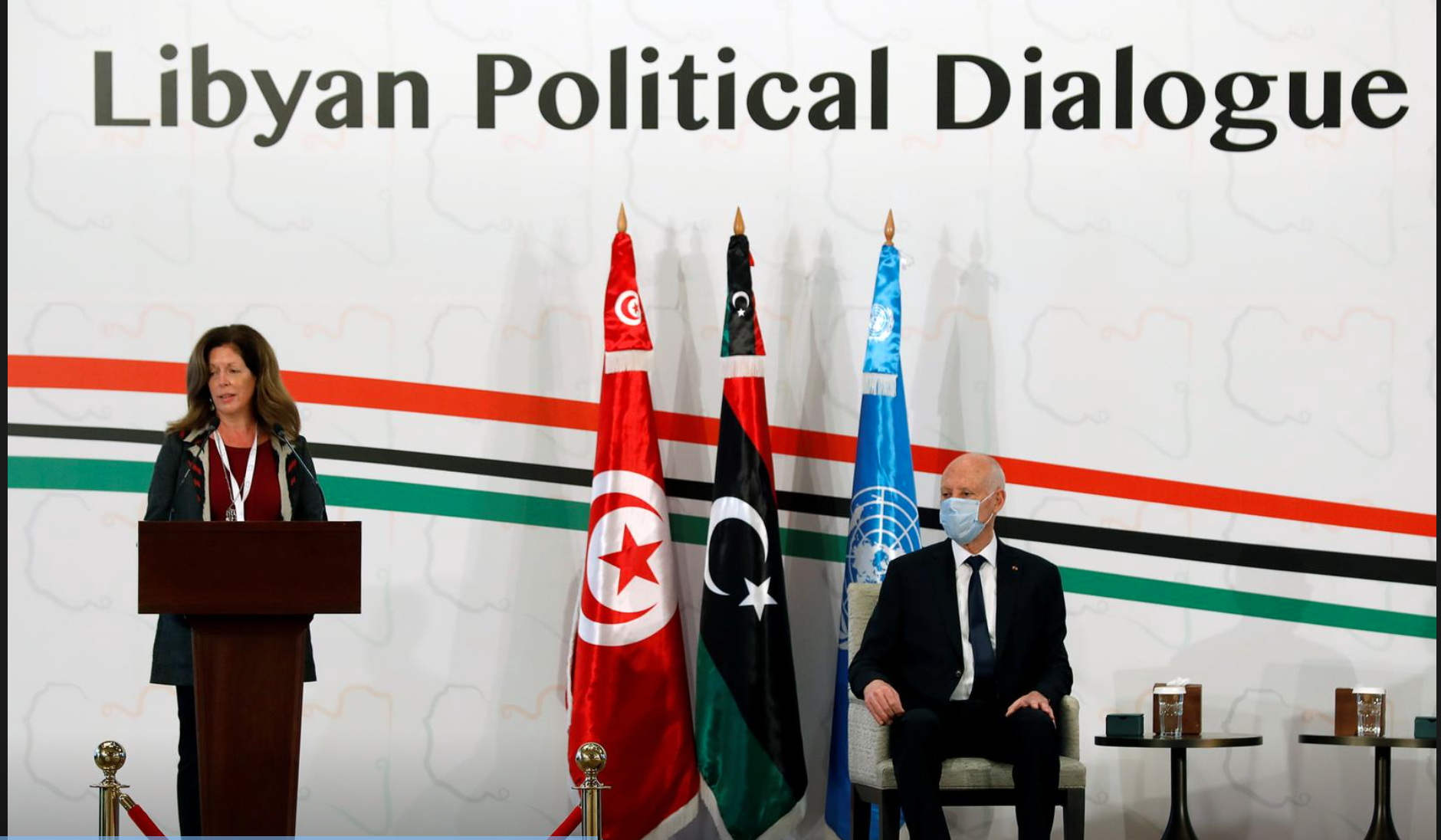 TUNIS (Reuters) – The United Nations opened talks on Libya’s future in Tunisia on Monday aimed at ending nearly a decade of chaos and bloodshed by arranging elections, but obstacles remain despite progress in cementing last month’s ceasefire.

But she warned at Monday’s opening ceremony attended by Tunisian President Kais Saied: “The road will not be paved with roses and it will not be easy.”

The talks, held among 75 participants chosen by the United Nations to represent an array of political viewpoints, regional interests and social groups, come as the main warring sides discuss how to implement a truce they agreed in Geneva.

Libya has been split since 2014 between rival factions in the west, held by the internationally recognised Government of National Accord (GNA), and the east, home to Khalifa Haftar’s Libyan National Army (LNA).

However, both sides are made up of sometimes unstable coalitions with their own interests, and contain figures who might seek to sabotage any agreement they regard as a threat.

They are also backed by foreign powers with their own concerns that have invested heavily to build up military strength on the ground and strike deals with their local partners.

Turkey supports the GNA, helping it this summer to turn back an LNA assault on Tripoli backed by the United Arab Emirates, Russia and Egypt.

After frontlines solidified near the central coastal city of Sirte, both sides began UN mediated ceasefire talks. Williams said they had made new progress in implementing the nationwide ceasefire they agreed last month and had set up a headquarters in Sirte to hash out details.

She wants the Tunisia political talks to set a roadmap for elections as soon as possible and establish a single, unified authority across the country that can manage the process.

Those taking part have pledged not to accept any role in a new transitional government, she said.

As Libya sweltered in August and cases of the coronavirus began to rise, protests broke out on both sides of the frontlines over dire living conditions and corruption.

“It is necessary to set dates for the elections so that the Libyan people will have the ballot box after the sounds of bullets are silenced,” Saied said.