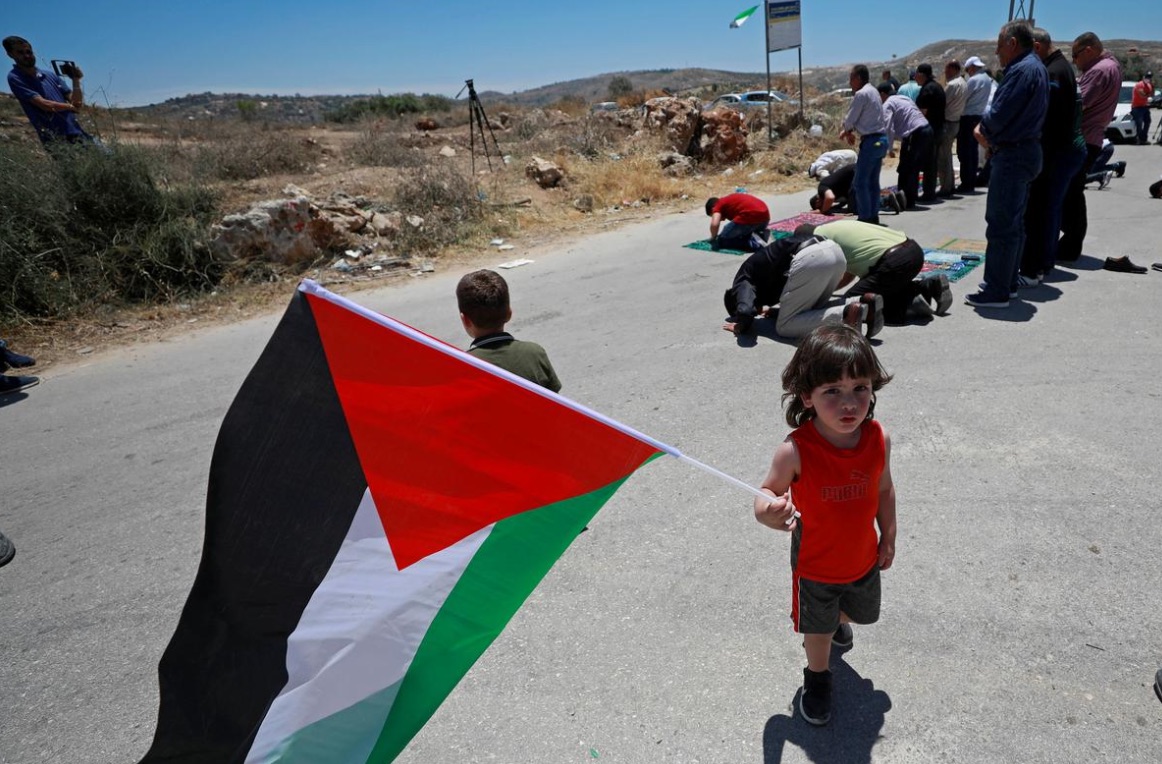 GENEVA (Reuters) — UN human rights experts said on Tuesday that Israel’s plan to annex significant parts of the occupied West Bank would violate international law banning the taking of territory by force, and urged other countries to actively oppose it.

A joint statement, signed by nearly 50 independent experts, also voiced dismay at US support for Prime Minister Benjamin Netanyahu’s “unlawful” plan to extend sovereignty, de facto annexation of land that the Palestinians seek for a state.

“The annexation of occupied territory is a serious violation of the Charter of the United Nations and the Geneva Conventions, and contrary to the fundamental rule affirmed many times by the United Nations Security Council and General Assembly that the acquisition of territory by war or force is inadmissible,” it said.

What would be left of the West Bank after annexation of about 30 percent would amount to a “Palestinian Bantustan”, it said, in a reference to South Africa’s poverty-stricken “homelands”, where black people were confined during apartheid

Israel’s foreign ministry declined comment. Netanyahu has set July 1 as the date to begin advancing his plan to annex Israel’s settlements and the Jordan Valley in the West Bank, hoping for a green light from Washington.

US President Donald Trump has unveiled a peace plan that includes Israel keeping its settlements and the Palestinians establishing a state under stringent conditions.

Palestinians have rejected the proposal and voiced outrage at Israel’s proposed annexation.

“We welcome the [UN experts’] statement as a reminder for the international community of its responsibilities, of the gravity of the situation and of the urgency to implement accountability measures to end the illegal colonial-settlement enterprise, including annexation, to save the prospects of peace and to support a rules-based world order,” Palestinian negotiator Saeb Erekat said on Tuesday.

The UN experts said Israeli violations against Palestinians have included land confiscation, settler violence, home demolitions, excessive use of force and torture, restrictions on media and freedom of expression, and “a two-tier system of disparate political, legal, social, cultural and economic rights based on ethnicity and nationality”.

“These human rights violations would only intensify after annexation,” they added.

Reporting and writing by Stephanie Nebehay in Geneva; additional reporting by Ali Sawafta in Ramallah and Dan Williams in Jerusalem; Editing by Giles Elgood and Andrew Cawthorne

Image: A boy holds a Palestinian flag during a protest against Israel’s plan to annex parts of the occupied West Bank, in Beta village near Nablus June 12, 2020. (REUTERS/Mohamad Torokman)