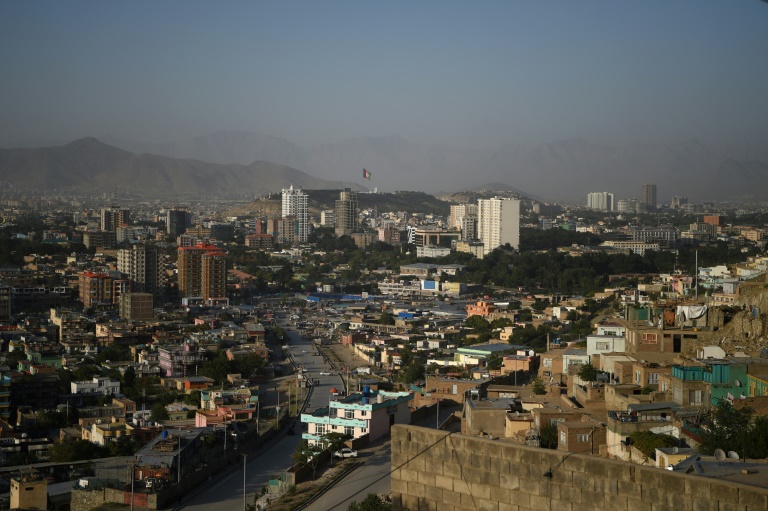 UNITED NATIONS (AP) — The UN Security Council urged Afghanistan’s warring parties on Tuesday to heed the UN secretary-general’s call for an immediate cease-fire to respond to the COVID-19 pandemic and ensure delivery of humanitarian aid throughout the country.

The council issued a press statement after a closed briefing by UN deputy special representative Ingrid Hayden who said the country “appears to be reaching a defining moment” — whether its leaders can join together “to engage in meaningful talks with the Taliban to achieve a sustainable peace.”

“The choice is made stark by the all-encompassing threat of COVID-19, which poses grave dangers to the health of Afghanistan’s population and, potentially, to the stability of its institutions,” she said in remarks sent to UN correspondents.

Afghan President Ashraf Ghani and political opponent Abdullah Abdullah have been locked in a power struggle since last September’s election, and both declared themselves president and held parallel inauguration ceremonies in early March. The discord has prompted the Trump administration to say it would cut one billion dollars in assistance to Afghanistan if the two can’t work out their differences.

Hayden warned that “with the onslaught of COVID-19, many donors are likely to turn inwards to meet the needs of their own population.”

“Afghanistan needs to demonstrate a compelling case for the continued investment of international resources,” she said. “Now is not the time for divisions. Now is the time for statesmanship, accommodation and inclusivity.”

The rivalry and political turmoil have impeded each step toward talks between the government and the Taliban — negotiations that were supposed to come next under a peace deal that Washington signed with the insurgents in February.

The deal, which has been touted as Afghanistan’s best chance yet of ending its relentless wars, calls for the eventual withdrawal of all 13,000 US soldiers from Afghanistan in exchange for guarantees from the Taliban that they would fight other militant groups, including the Islamic State extremist group.

The Security Council “called on the political leadership of Afghanistan to put aside their differences and put the interest of the country first.”

Council members “commended the presentation of a negotiating team for the upcoming intra-Afghan negotiations, including several women,” and expressed hope that those negotiations would start “without delay, bearing in mind the challenge the COVID-19 situation poses.”

Despite last week’s announcement of the negotiating team by Ghani, the Taliban has continued attacks, most recently on Monday in the north and south killing at least 11 Afghan soldiers and policemen, according to the country’s Defense Ministry and a provincial official.

The Security Council “condemned the recent heinous terrorist attacks in Afghanistan and stressed the importance of sustained efforts to continue to reduce the violence and to ensure that the territory of Afghanistan will not be used by Al-Qaida, (Islamic State) or other international terrorist groups to threaten or attack any other country.”

Secretary-General Antonio Guterres called for an immediate global cease-fire on March 23 so the world can respond to COVID-19.

Germany’s deputy ambassador Jurgen Schulz said the continuing Taliban attacks against security forces go against the February agreement with the United States, don’t build confidence for a peace process, and must stop.

“As the corona crisis has also spread to Afghanistan and we can’t even estimate its true extent there yet, an end to violence is even more urgent,“ Schulz said.

“Afghan refugees are already leaving Iran without the necessary medical facilities to treat them in western Afghanistan,“ he warned, referring to the high number of COVID-19 cases in Iran. “The same is likely to happen with Afghan refugees from Pakistan. This is bound to exacerbate the health crisis.“

France’s deputy UN ambassador Anne Gueguen said it’s crucial to continue support for the Afghan people who have “been plagued by war, terrorism, poverty, and now a pandemic,” and the most crucial support needed now is humanitarian aid especially to deal with “the risk of the spread of the COVID-19 pandemic.”

At least 25 dead in attack on Afghan Sikh-Hindu temple