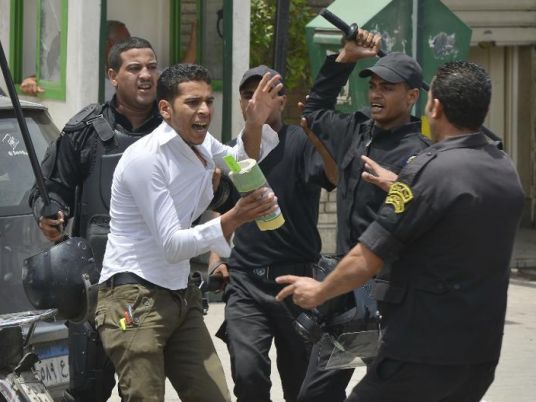 Universities across Egypt are getting ready for the new academic year, which is set to start next Saturday, amid tight security measures to prevent protests on campus.

"New Valley University usually calm and differs from other universities as it did not witness any acts of violence during the past academic years and security forces never entered campus," added Mansour.

In Minya University, the administration was keen on removing abusive slogans on the walls inside and outside the university and raising the efficiency of the administrative security personnel to protect the students and university facilities.

President of Damietta University Ramadan Abdel Hamid Tantawy said maintenance for labs and classrooms to serve the educational process was concluded and stressed the need to adhere to ethics on campus.

In Daqahlia, a private security company will provide guards at Mansoura University's gates. The security personnel appeared in front of the gates with uniforms and did not possess any weapons or equipment as their role would be limited only to checking the identities of visitors to the university.

Two female security guards will be placed on each gate.