An industrial incentive program, launched in 2007 with the aim of attracting investment to the southern provinces of Upper Egypt, has so far yielded 61 new factories out of a targeted 150, according to Amr Assal, head of the state-run General Authority for Industrial Development.

Assal explained that investment incentives provided by the program were proportionate to the number of job opportunities created by new industrial projects.

"We give investors between LE10,000 and LE15,000 for every new job their projects create," he said. "We also provide them with a number of additional privileges, such as tax exemptions and reduced license fees."

The Arafa Company for ready-made garments, for example, has already inaugurated its first factory in the city of Beni Sueif as part of a wider plan to invest a total of US$30 million in projects throughout Upper Egypt.

According to one company official speaking on condition of anonymity, the company’s current production line–which is dedicated to producing exports for the US market within Egypt’s Qualified Industrial Zone–will eventually be transferred to its new factory in Beni Sueif.

The Beni Sueif factory was built on 220,000 square meters of land at a total cost of LE100 million. 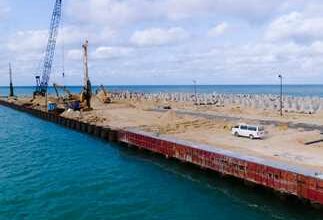