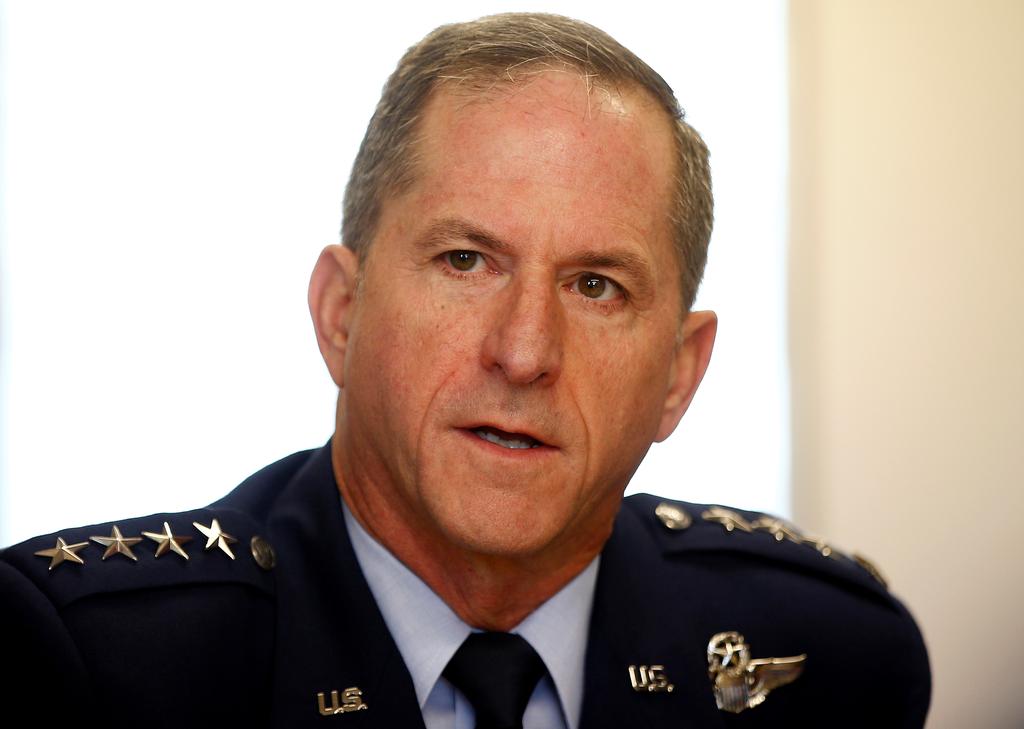 DUBAI (Reuters) – US Air Force Chief of Staff David Goldfein said on Saturday he was hopeful a bitter dispute between Gulf Arab states could soon end and urged them to unify military capabilities as tensions with Iran simmer.

Washington sees an ongoing political rift that Saudi Arabia, the United Arab Emirates, Bahrain and non-Gulf state Egypt have with Qatar as a threat to efforts to contain Iran and has pushed for a united front.

However, in a sign the dispute may be easing, Saudi Arabia, the UAE, and Bahrain said this week they would compete in regional soccer tournament in Qatar despite a boycott they have imposed on Doha.

“Certainly I am hopeful,” Goldfein told Reuters in Dubai when asked if he thought the rift could soon be resolved. “It’s certainly in our best interest to see if they can come to a political solution.”

Washington has unsuccessfully tried to mediate the dispute, in which the four nations have severed political, trade and transport ties with Qatar since mid-2017 over accusations it supports terrorism.

Doha denies the charge and says the embargo aims to impinge on its sovereignty.

The United States is allied to all six Gulf Arab states. Qatar hosts Al-Udeid air base, the largest US military facility in the region, while Bahrain is home to the Navy’s Fifth Fleet.

Goldfein earlier pressed the Gulf states to resolve their differences and work together to defend against the threat he said Iran poses to their security.

“When a missile or a UAV (drone) is en route from Iran that is not the time to reconcile past grievances. That time is now. Today,” he said at an air chiefs conference.

The United States blames Iran for a series of attacks in the Gulf over the summer, including the Sept. 14 missile and drone attack on Saudi Arabia that temporarily shut down half the kingdom’s oil production. Tehran denies involvement.

“No one country has everything it needs to defend itself but together we have exactly what we need for collective defense,” Goldfein said.

“We have the power to begin this right now as we face a common adversary who seems committed to malign behavior across the region.”

Emphasizing the principle of collective security, Goldfein said the best chance to defend the UAE could be from Qatar or neighboring Oman.

“Neighbors to the right and to the left who by geometry-alone have a better shot,” he said.