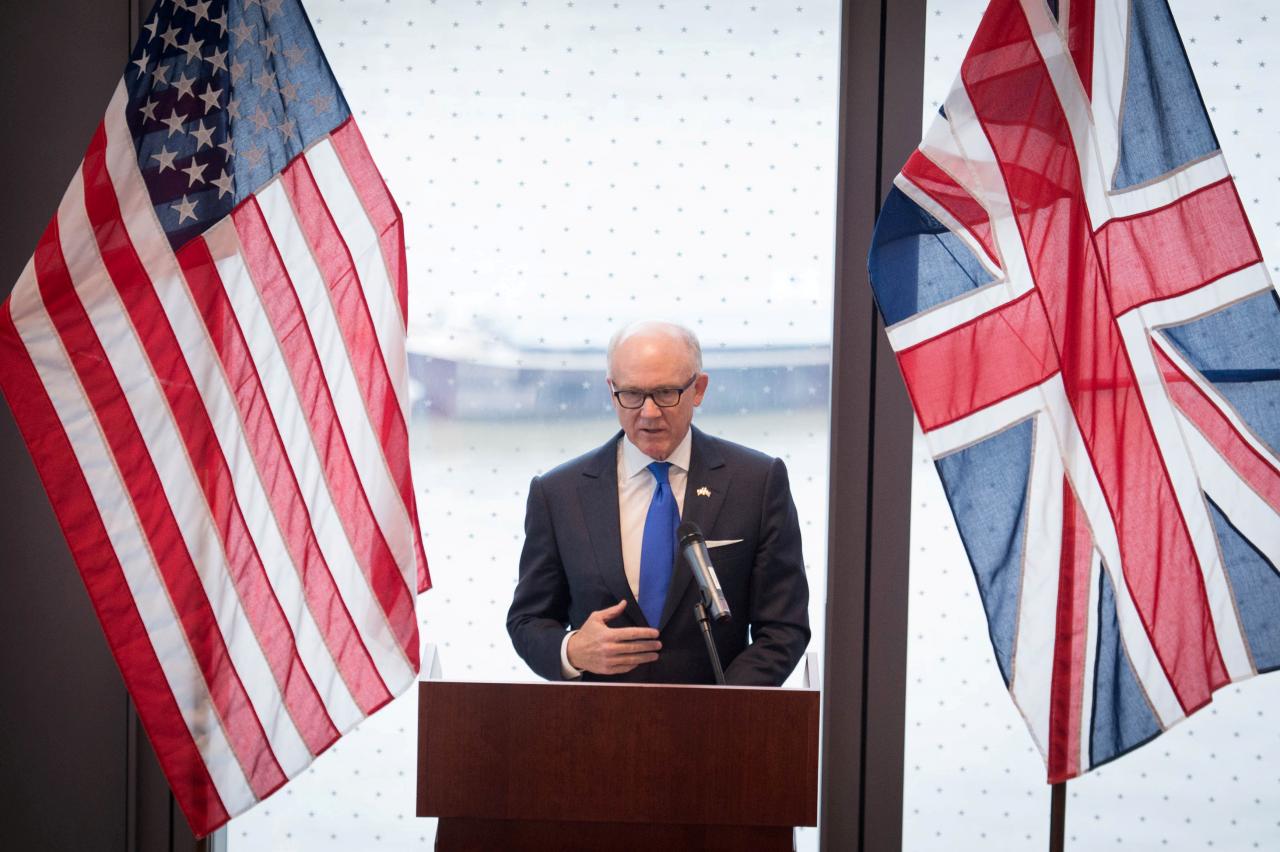 The United States urged Britain on Sunday to ditch its support for a 2015 nuclear deal with Iran and instead join forces with Washington to counter the global threat it says Tehran poses.

Despite opposition from European allies, US President Trump in May pulled the United States out of a deal between world powers and Tehran under which international sanctions were lifted in return for curbs on Iran’s nuclear program.

Since then, Britain, France and Germany have sought to keep the deal alive, while Trump has prepared new sanctions, saying a broader and more balanced deal is needed. Iran has denounced the sanctions as “US unilateralism”.

US Ambassador to Britain Woody Johnson criticized Tehran for funding “proxy wars and malign activities” instead of investing in its economy. He said Iran needed to make tangible and sustained changes to behave like a normal country.

“Until then, America is turning up the pressure and we want the UK by our side,” Johnson wrote in the Sunday Telegraph newspaper.

“It is time to move on from the flawed 2015 deal. We are asking global Britain to use its considerable diplomatic power and influence and join us as we lead a concerted global effort toward a genuinely comprehensive agreement.”

Asked about Johnson’s article, the British foreign office pointed to comments from Middle East minister Alistair Burt, who last week ruled out Britain going along with the United States.

Burt said the deal was an important part of regional security and that, with the European Union, the government was trying to protect British companies from the US sanctions when dealing with Iran. Britain remained open to talks with the United States on how to address concerns about Iran.

But protests have broken out in Iran as its currency has collapsed in value and inflation has soared. The protests have often begun with slogans against the high cost of living and alleged financial corruption, but quickly turned into anti-government rallies.

Iran gives most explicit rejection yet of US talks