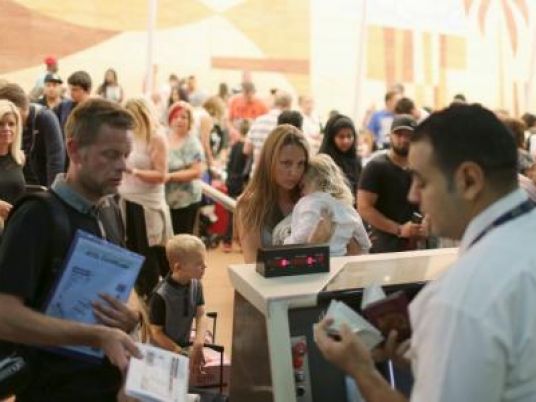 A delegation from the Homeland Security Committee of the US Congress arrived in Egypt on Monday to inspect security measures at Cairo and Sharm el-Sheikh airports.

The airport inspection visit is the first of its kind by a US Congress committee in Egypt.

The delegation will inspect security measures for EgyptAir flights from Cairo to New York, according to Cairo Airport Company sources.

Delegates will view the procedures for the inspection of parcels being loaded onto planes, as well as the measures for checking luggage and passengers, the sources said.

On May 4, the delegation will visit Sharm el-Sheikh Airport to view security measures there.

Airport security measures have been in the spotlight since the downing of a Russian passenger jet in October, killing all 224 people on board.

Egyptian officals initially denied the incident was a terrorist attack. However, President Abdel Fattah al-Sisi later said that terrorists had brought down the plane in order to damage Egypt's economy and harm its relationship with Russia.

Since the tragedy, which was apparently caused by a bomb and claimed by terrorists linked to the Islamist State group, security officials from various countries have visited Egypt in order to check on improvements to security measures at airports.

The Egyptian government hired British security firm Control Risks to conduct an assessment of security and make recommendations for improvements. The firm has several former members of British intelligence and special forces on its staff.

Russia is still in the process of negotiating the resumption of tourist flights to Egypt, and has requested that its own security officials be deployed to monitor security measures at Egyptian airports on an ongoing basis.

The Egyptian economy has been hit hard by the crisis in airport security, with a massive drop in foreign tourist arrivals further damaging a sector that was already under pressure due to internal security threats and terrrorism.