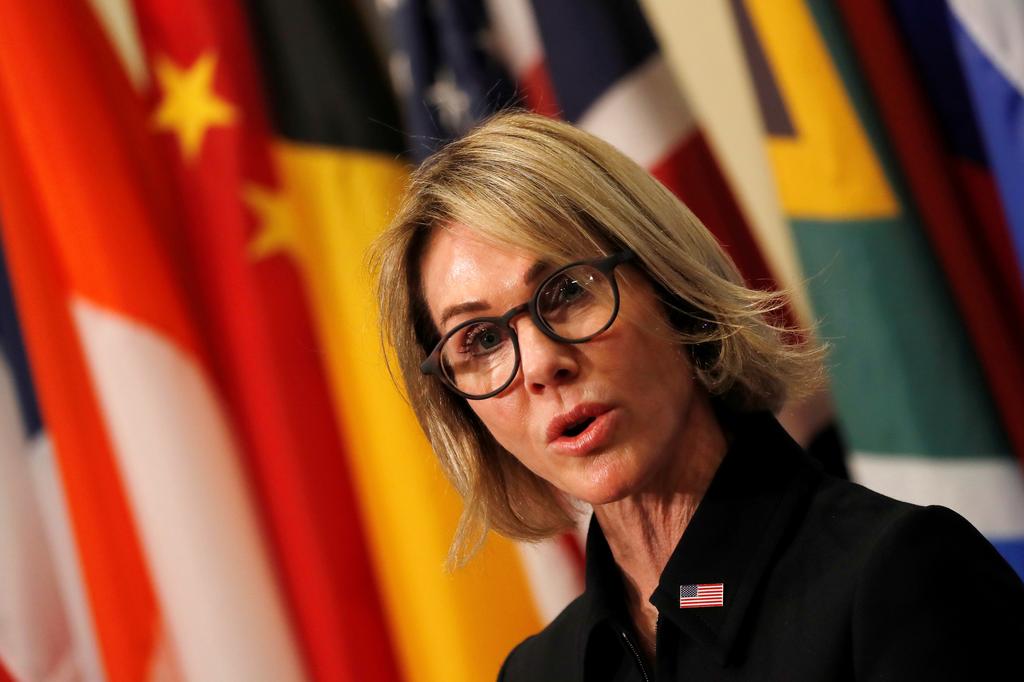 UNITED NATIONS (Reuters) – US Ambassador to the United Nations Kelly Craft warned the Palestinians on Friday that bringing their displeasure with the US peace plan to the world body would only “repeat the failed pattern of the last seven decades.”

Palestinian President Mahmoud Abbas will speak in the UN Security Council in the next two weeks about the plan, Palestinian UN envoy Riyad Mansour said on Wednesday, adding that he hoped the 15-member council would also vote on a draft resolution on the issue.

However, the United States is certain to veto any such resolution, diplomats said. That would allow the Palestinians to take the draft text to the 193-member UN General Assembly, where a vote would publicly show how the Trump administration’s peace plan has been received internationally.

Craft said that while the Palestinians’ initial reaction to the plan was anticipated, “why not instead take that displeasure and channel it into negotiations?”

“Bringing that displeasure to the United Nations does nothing but repeat the failed pattern of the last seven decades. Let’s avoid those traps and instead take a chance on peace,” she told Reuters.

Craft said the United States was ready to facilitate talks and that she was “happy to play any role” that contributes to the Israeli-Palestinian peace plan unveiled by US President Donald Trump on Tuesday.

Mansour said on Thursday: “There is not a single Palestinian official (who) will meet with American officials now after they submitted an earthquake, the essence of it the destruction of the national aspirations of the Palestinian people. This is unacceptable.”

Israel’s UN mission signaled on Tuesday that it was preparing for the Palestinians to pursue UN action, saying in a statement that it was “working to thwart these efforts, and will lead a concerted diplomatic campaign with the US”