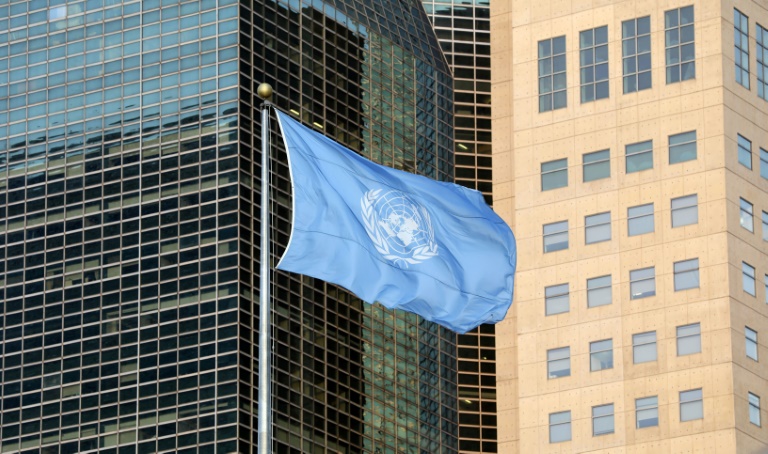 The UN General Assembly has demanded equal access for any future COVID-19 vaccine but its seeming unanimity was a fluke. The United States in fact opposed the resolution but acted too late to stop it, diplomats say.

The 193 members of the General Assembly adopted by consensus Monday a resolution led by Mexico that calls for “equitable, efficient and timely” access to any vaccine developed to fight the pandemic.

But the non-binding resolution irked the United States for another reason. It highlighted the “crucial leading role” of the World Health Organization, which President Donald Trump has strongly criticized for not doing more to halt the virus after it was detected in China.

The adoption of the text was announced three hours after the vote, an unusually long gap.

The reason for the delay, diplomats told AFP, was that the United States had tried unsuccessfully to block it after the fact.

There is no veto at the General Assembly, which includes every UN member state, unlike the more powerful Security Council where five powers — Britain, China, France, Russia and the United States — can stop any resolution.

In ordinary times, the General Assembly adopts resolutions either by consensus or by majority votes — displayed openly on an electronic board or held secretly in the case of elections.

But faced with the coronavirus pandemic, the General Assembly has changed its way of doing business until at least late May to avoid physical meetings at the UN headquarters in New York.

Under the temporary setup, a country puts forward a text which is adopted after a “period of silence” of several days in which any member can voice objections — effectively a veto.

The United States did not “break the silence” before Monday’s deadline for the resolution — but, according to diplomats, tried to voice objections just afterward.

“One delegation wanted to break the silence after the silence,” a diplomat told AFP, with another diplomat confirming the United States was the country.

The US mission at the United Nations did not respond to requests for comment. Trump has ramped up his broadsides against the WHO amid criticism at home over his handling of the crisis.

For the United Nations, the temporary procedures were seen as vital to ensure that texts, not to mention budgetary authorizations, can move forward.

But the arrangement effectively lets any one of 193 nations hold up the entire United Nations.

On April 3, no country broke the silence to stop a resolution that called in general terms for international cooperation to fight COVID-19.

But a separate bid the same day by Russia to urge the lifting of economic sanctions amid the pandemic was blocked by Ukraine, Georgia, the United States and European Union.

Russia has moved forward this week with another resolution that targets sanctions. It calls on all nations to “face global challenges as good neighbors, refraining from implementing protectionist and discriminatory measures inconsistent with the World Trade Organization rules.”

Member states have a deadline of 1600 GMT Wednesday to break the silence on the Russian draft — and most diplomats think that this time around, objections will be lodged in time.

On June 17, the General Assembly will have to tackle one of its thorniest issues — selecting five new non-permanent members to the Security Council.

Diplomats say that the candidates for Security Council seats — which include Canada, Djibouti, Ireland, Kenya and Norway — are already voicing alarm on how the election can take place if the crisis restrictions remain in place.

Image: AFP/File / Ludovic MARIN The flag of the United Nations flies outside its headquarters in New York

What we know about the 'devious' coronavirus