WASHINGTON (AP) — Congress is heading for a showdown with President Donald Trump after the House voted on Wednesday to block his administration from selling billions of dollars in weapons and maintenance support to Saudi Arabia.

Trump, who has sought to forge closer ties with Riyadh, has pledged to veto the resolutions of disapproval that passed the Democratic-led House largely along party lines. Two of the resolutions passed with 238 votes, while a third was approved with 237. Each of the measures garnered just four Republican backers.

The Senate cleared the resolutions last month, but like the House, fell well short of a veto-proof majority. Overturning a president’s veto requires a two-thirds majority in both the House and Senate.

Rep. Eliot Engel, D-N.Y., chairman of the House Foreign Affairs Committee, accused the Trump administration of circumventing Congress and the law to move ahead with the arms sale. He called the resolutions “extraordinary but necessary” to stop “a phony emergency to override the authority of Congress.”

The votes came against the backdrop of heightened tensions in the Middle East, with much of the focus on Iran. Tehran is pushing the limits on its nuclear program after Trump unilaterally withdrew the United States from the 2015 nuclear deal more than a year ago. Iran has inched its uranium production and enrichment over the limits of the accord, trying to put more pressure on Europe to offer it better terms and allow it to sell its crude oil abroad.

The White House has declared stopping the sale would send a signal that the United States doesn’t stand by its partners and allies, particularly at a time when threats against them are increasing.

But opposition among members of Congress to the Trump administration’s alliance with the Saudis has been building, fueled by the high civilian casualties in the Saudi-led war in Yemen — a military campaign the U.S. is assisting — and the killing of U.S.-based columnist Jamal Khashoggi by Saudi agents.

The arms package, worth an estimated $8 billion, includes thousands of precision guided munitions, other bombs and ammunition, and aircraft maintenance support for Saudi Arabia and the United Arab Emirates.

Secretary of State Mike Pompeo had cited Iranian aggression when declaring an emergency to approve the weapons sales in May. The Saudis have recently faced a number of attacks from Iran-backed Houthi rebels in Yemen.

“Right now as I speak Iran is stretching its tentacles of terror across the Middle East,” said the Foreign Affairs Committee’s top Republican, Rep. Michael McCaul of Texas, who pushed for the resolutions to be rejected. “If we allow them to succeed, terrorism will flourish, instability will reign and the security of our allies like Israel will be threatened.”

Critics of the sale also had denounced the White House for bypassing congressional review of the arms sales, which was done by invoking an emergency loophole in the Arms Export Control Act.

Pompeo had informed Congress that he had made the determination “that an emergency exists which requires the immediate sale” of the weapons “in order to deter further the malign influence of the government of Iran throughout the Middle East region.”

The law requires Congress to be notified of potential arms sales, giving the body the opportunity to block the sale. But the law also allows the president to waive that review process by declaring an emergency that requires the sale be made “in the national security interests of the United States.”

Engel said there was no emergency, arguing that two months after Pompeo’s notification not a single weapon has been shipped and many of them haven’t even been built.

“What kind of emergency requires weapons that will be built months and months down the road?” Engel said 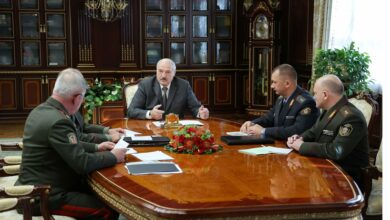 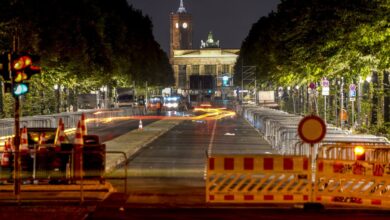