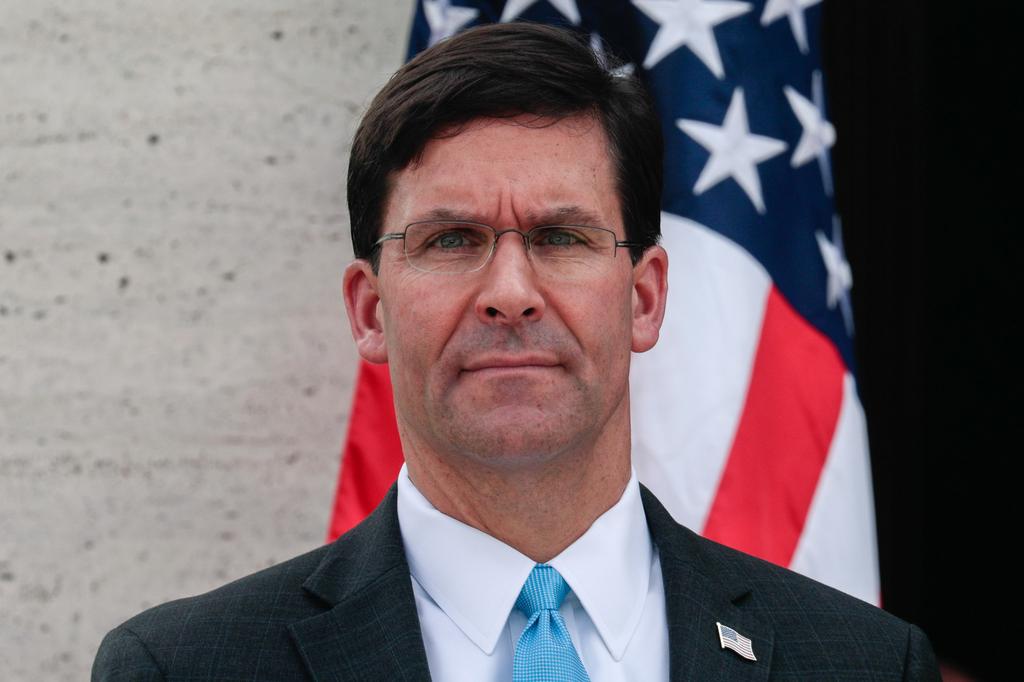 SIMI VALLEY, CALIFORNIA (Reuters) – US Defense Secretary Mark Esper said on Friday he believed the US military had sufficient capability in the Middle East for now to deter conflict, dismissing a media report that a major troop increase was under consideration amid tension with Iran.

Esper, speaking to a small group of reporters, did not rule out rotations of forces or even minor increases in the future.

“But nothing in terms of the numbers – 14,000 – it’s just a completely false report,” Esper said as he flew to California a defense forum at the Reagan Library.

“Every commander wants more and more capabilities, wherever they are. But right now we believe we have sufficient capability in the theater to deter what we’ve needed to deter.”

He added that he regularly reviews requests but stressed that “right now, there is no 14,000 person request to deploy forces.”

Esper’s remarks on the issue were the most extensive since the Pentagon on Wednesday strongly denied a Wall Street Journal report that the United States was considering sending as many as 14,000 additional troops to the region.

The United States has dispatched about 14,000 additional troops to the Middle East since May, backed by bombers and air defense personnel, to deter what Washington calls provocative Iranian behavior.

The Pentagon’s openness to considering some additional troops is unsurprising, given regular planning meant to address potential spikes in tensions with Iran, which is struggling with US sanctions and street protests.

Iranian security forces may have killed more than 1,000 people since the protests over gasoline price hikes began in mid-November, US Special Representative for Iran Brian Hook said on Thursday, in what would mark the bloodiest disturbances since the 1979 Islamic Revolution.

Tensions have risen in the Gulf since attacks on oil tankers during the summer, including off the coast of the United Arab Emirates, and a major assault on energy facilities in Saudi Arabia. The United States has blamed Iran, which has denied being behind the attacks on global energy infrastructure.

Russia sets up helicopter base in northern Syria after US exit