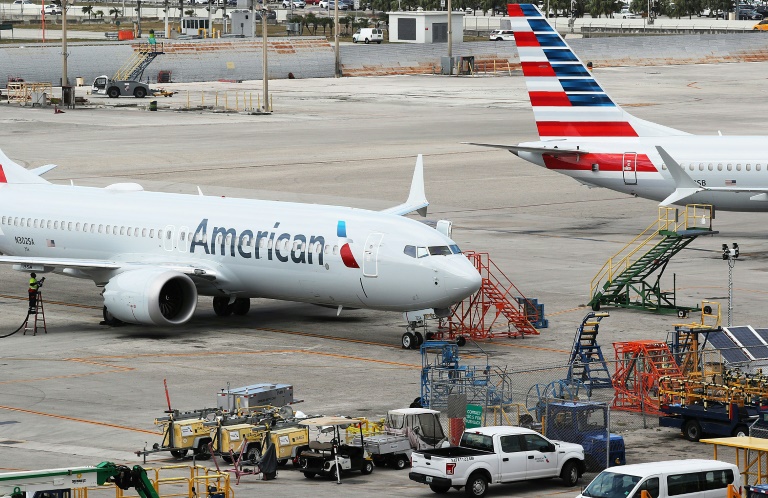 Boeing and US aviation regulators are coming under intense scrutiny over the certification of the 737 MAX aircraft after news that two recent crashes share similarities.

On March 11, just a day after the Ethiopia crash left 157 dead, a grand jury in Washington issued a subpoena to at least one person involved in the plane’s certification, according to a Wall Street Journal article citing people close to the matter.

The subpoena, which came from a prosecutor in the Justice Department’s criminal division, seeks documents and correspondence related to the plane, according to the report.

A criminal inquiry is “an entirely new twist,” said Scott Hamilton, managing director of the Leeham Company, who recalled a probe of a 1996 ValuJet crash as the only other aviation probe that was not a civil investigation.

“Unlike France, where criminal investigations into aviation accidents seems common, it is very, very rare in the US,” Hamilton added.

The Transportation Department’s inspector general also is probing the approval of the 737 MAX by the Federal Aviation Administration (FAA), The Wall Street Journal also reported. Neither department responded to requests for comment from AFP.

The probe is focusing on the Maneuvering Characteristics Augmentation System, or MCAS, implicated in the Lion Air crash, which authorities have said shared similarities with the latest accident.

The Ethiopian Airlines crash on March 10 came less than five months after a 737 MAX 8 operated by Lion Air crashed in Indonesia, killing 189.

While it may take months for definitive conclusions, Ethiopian officials said Sunday there were “clear similarities” between the two catastrophes based on information from the flight data recorder.

The two incidents have prompted air transport regulators to ground 737 MAX aircraft worldwide, a surprising setback for a line of jets that has been flying for less than two years and is Boeing’s top seller.

An investigation by The Seattle Times — in the city where Boeing has a large manufacturing presence — showed numerous problems with the MCAS, including that it would repeatedly override a pilot’s actions based on one faulty sensor. The paper asked for a response from Boeing and the FAA at least a week prior to the latest crash.

Shares of Boeing dropped another 1.8 percent on Monday to $372.28. The company has fallen about 12 percent since the Friday before the crash.

FAA officials had no comment Monday on the investigations but reaffirmed that the certification for the plane followed standard procedure.

Boeing said it followed the rules in bringing the plane to the market.

“The 737 MAX was certified in accordance with the identical FAA requirements and processes that have governed certification of all previous new airplanes and derivatives,” Boeing said.

Later Monday, Boeing CEO Dennis Muilenburg sought to reassure clients and passengers of the firm’s commitment to safety in a video message.

“Safety is at the core of who we are at Boeing, and ensuring safe and reliable travel on our airplanes is an enduring value and our absolute commitment to everyone,” Muilenburg said.

“Soon we’ll release a software update and related pilot training for the 737 MAX that will address concerns discovered in the aftermath of the Lion Air Flight 610 accident.”

The 737 MAX was certified as a variant of the 737 Next Generation, the plane it replaced, despite major differences in the engine and the addition of the MCAS, according to documents available on the FAA’s website.

The motors on the new plane are heavier than in the 737 NG, posing more of a risk of stalling, so the MCAS was designed to protect against the possibility. But the Lion Air accident showed the system can erroneously correct for a stall when the plane is taking off, based on one bad sensor, and continuously fight the pilot for control.

US pilots complained to Boeing about the issues following the Lion Air crash.

Because of budget constraints, the FAA delegated aspects of the approval process to Boeing itself, according to sources.

Under a program, known as the Organization Designation Authorization (ODA), employees of Boeing are accredited by the FAA to assist in approving the aircraft — including design, production, flight tests, maintenance and other systems — as well as signing off on the training procedures of pilots on new planes.

The FAA last week said it already had ordered Boeing to develop a fix for problems with the MCAS system. But the agency was not able to describe any changes in the plane implemented by Boeing after the Lion Air accident.

According to one aviation expert who requested anonymity, Boeing had readied some modifications for the system by the end of 2018 but the regulatory approval and subsequent installation of the changes were delayed by the five-week US government shutdown.

Legislators Peter DeFazio, chairman of the House of Representatives Transportation and Infrastructure Committee, and Ted Cruz, who chairs a Senate transportation subcommittee, have each called for hearings to look into the 737 MAX’s certification.