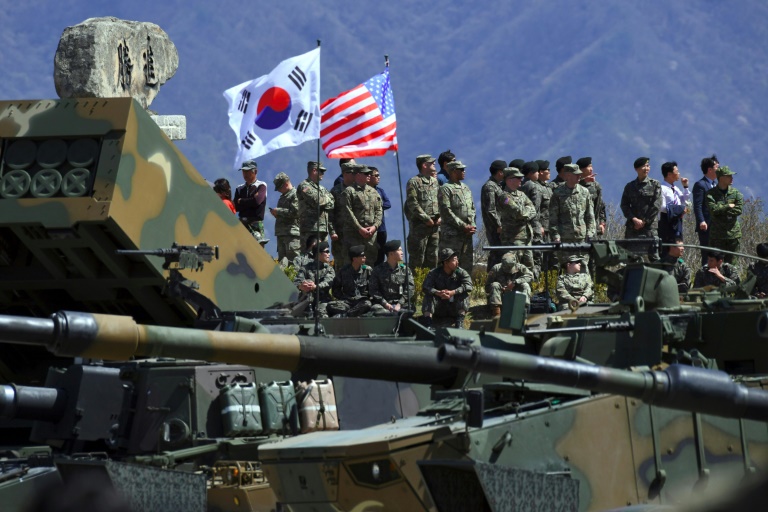 They were suspended at Trump’s request to facilitate dialogue with Pyongyang and replaced by more limited exercises, but negotiations on the North Korean nuclear program have since stalled.

Asked on Sunday whether the exercises would resume, Shanahan replied: “I don’t think it is necessary.”

The acting secretary of defense added that the US forces in South Korea were already “prepared if diplomacy fails” with the North.

“I am confident that we have the readiness that we are required to have, the operational forces and the posture,” Shanahan said while flying to Seoul for the third leg of his week-long tour of Asia.

There are close to 30,000 US troops stationed in South Korea, and their annual drills with tens of thousands of South Korean soldiers have always infuriated the North — with Pyongyang condemning the maneuvers as provocative rehearsals for invasion.

However following the first summit between Trump and Kim in Singapore in June 2018, the US president said Washington would suspend the “very provocative” joint military exercises with South Korea.

The two leaders also signed a vaguely-worded pledge on denuclearization of the Korean peninsula.

A second meeting held in Hanoi in February broke up early with no progress toward Washington’s goal of getting the isolated North to abandon its nuclear weapons program.

Image: AFP/File / JUNG Yeon-Je South Korean and US soldiers observe a live fire drill at the Seungjin Fire Training Field in Pocheon, 65 kms northeast of Seoul, in April 2017, before the joint exercises were postponed