Although oil sales have rebounded since the deal came into effect in January 2016, Iran's continued exclusion from the international banking system has prevented it from signing much-needed trade and investment deals with Europe and Asia 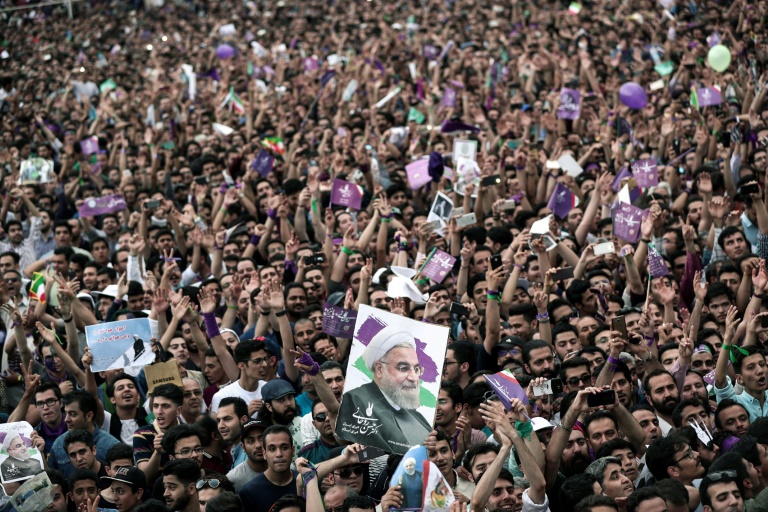 The US decision to stick by the nuclear deal with Iran, despite new sanctions on its missile programme, provided welcome news for President Hassan Rouhani on Thursday, a day before his bid for re-election.

The administration of US President Donald Trump chose to continue waiving nuclear-related sanctions on Wednesday despite its criticism of the agreement.

That was a relief to Rouhani, who made the 2015 nuclear deal the centrepiece of his efforts to end Iran’s isolation and rebuild its economy with foreign investment.

He faces a tough battle for re-election on Friday against hardline cleric Ebrahim Raisi, who has called for a much tougher stance against the West and says the nuclear deal has not improved the lives of the poor.

But the Trump administration, dominated by fiercely anti-Iran sentiment, balanced the sanctions waivers with new measures against Iranian defence officials and a Chinese business tied to Tehran’s ballistic missile programme. 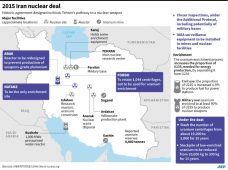 The US says the programme is a breach of international law because the missiles could carry nuclear warheads in the future.

Iran denies ever seeking nuclear weapons and foreign ministry spokesman Bahram Ghasemi said Thursday its missile programme is part of its “absolute and legal right to build up the country’s defensive capabilities”.

“Iran condemns the US administration’s ill will in its effort to reduce the positive results of the country’s implementation of JCPOA (nuclear deal) commitments by adding individuals to the list of unilateral and illegal extraterritorial sanctions,” Ghasemi said on his Telegram channel.

He said Iran would retaliate by adding nine US individuals and companies to its own sanctions list, accusing them of “clear violations of human rights” in relation to their support for Israel or “terrorist groups” in the Middle East.

Trump threatened to tear up the nuclear deal during his campaign and has launched a review of its terms, but until then the deal requires him to renew sanctions relief at regular intervals.

His first deadline fell this week, related to sanctions on oil purchases through the Iranian central bank — part of a 2012 law called the National Defence Authorisation Act — that must be waived every 120 days.

The Trump administration will have to waive more sanctions next month if it wants to stick by the nuclear deal.

US Secretary of State Rex Tillerson said in April that Iran was complying with its side of the bargain, but has described the country as the world’s leading state sponsor of terrorism.

Washington has maintained a raft of other sanctions related to human rights and the missile program that continue to stifle Iran’s efforts to rebuild its foreign trade.

This has been a major issue in the Iranian election, with hardliner Raisi accusing Rouhani of making too many concessions without gaining any economic benefits.

Although oil sales have rebounded since the deal came into effect in January 2016, Iran’s continued exclusion from the international banking system has prevented it from signing much-needed trade and investment deals with Europe and Asia.

Rouhani, who is still seen as the front-runner in unofficial polls, has vowed to work towards the removal of remaining sanctions and called for more time to allow the benefits of the deal to reach ordinary Iranians.