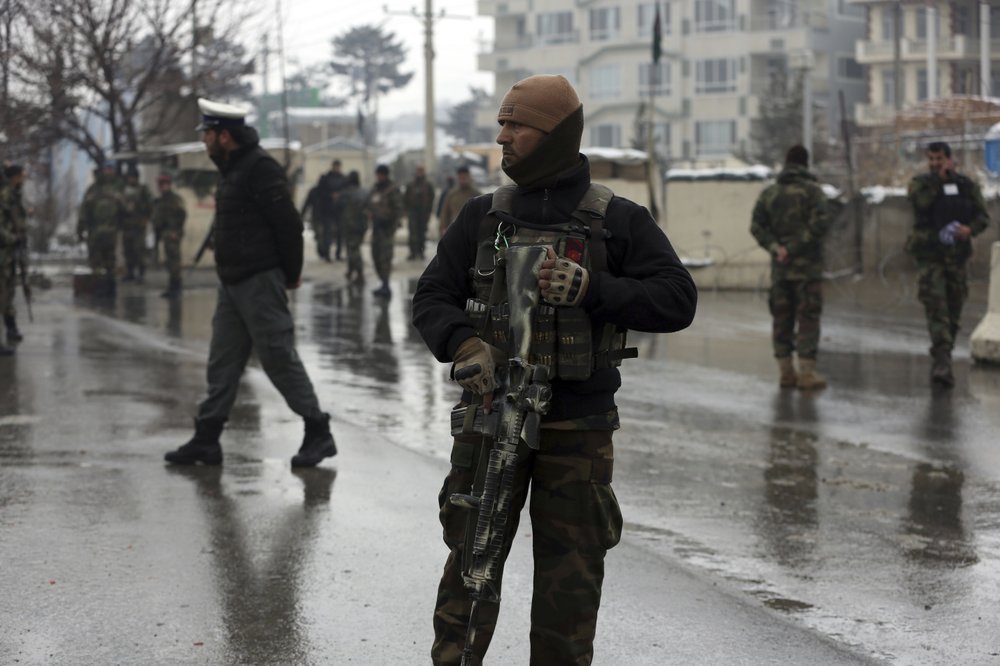 ISLAMABAD (AP) — The Taliban have issued an ultimatum to Washington after weeks of talks with a U.S. peace envoy, demanding a reply on their offer of a seven-day reduction of violence in Afghanistan, or they would walk away from the negotiating table, two Taliban officials said Wednesday.

A reduction in violence deal for a very short period is sought by the Taliban because they don’t want to commit to a formal cease-fire until other components of a final deal are in place. They have previously said a cease-fire could blunt their battlefield momentum if the U.S. or Kabul renege on their promises.

The development comes as Washington said late Tuesday that an agreement on the insurgents’ “reduction of violence” offer was days away. Also, Afghan President Ashraf Ghani tweeted that he had received a phone call from U.S. Secretary of State Mike Pompeo telling him of “notable progress” in the talks with the Taliban.

The ultimatum came from the chief Taliban negotiator Mullah Abdul Ghani Baradar, who met earlier this week with White House envoy Zalmay Khalilzad and the Qatari foreign minister, Mohammed bin Abdulrahman Al Thani, according to two Taliban officials familiar with the negotiations. They spoke on condition of anonymity because they are not authorized to speak to the media.

There was no immediate response from Washington on the ultimatum, which appeared designed to focus the negotiations on Taliban demands. The Taliban maintain a political office in Doha, the capital of the Gulf Arab state of Qatar, where Khalilzad often meets their representatives in the talks that are seeking to find a resolution to Afghanistan’s 18-year war, America’s longest conflict.

President Donald Trump’s national security adviser, Robert O’Brien, said Tuesday that he is cautiously optimistic there could be a U.S. agreement with the Taliban over the next days or weeks, but that a withdrawal of American forces is not “imminent.”

The agreement, which Trump would still have to sign off on, calls for both Taliban and U.S. forces to pledge to adhere to a week’s “reduction of violence” that would lead to an agreement signing between the United States and the Taliban. That would be followed, within 10 days, by all-Afghan negotiations to set the road map for the political future of a post-war Afghanistan.

The details emerging from Washington on the agreement are similar to details released weeks earlier by Taliban spokesman in Doha, Suhail Shaheen, and would appear to give the Taliban all they have asked for.

Another Taliban demand is that in any all-Afghan negotiations, representatives of Afghan President Ghani’s government cannot come to the table in an official capacity but only as ordinary Afghan citizens. The Taliban do not recognize the Afghan government and have refused to negotiate directly with Ghani, effectively sidelining Kabul from the process.

Ghani, whose political future remains uncertain following last September’s presidential election, which still has no official winner, has previously demanded that the Taliban negotiate with his government. His political opponents and his partner in the so-called Unity Government, Abdullah Abdullah, have sharply criticized Ghani’s intransigence and accused him of trying to sideline their involvement in the peace process. Ghani has also blasted the “reduction of violence” offer, demanding a permanent cease-fire and a halt in the near-daily attacks by the Taliban.

The Taliban have refused, saying they first want agreements in place that would be guaranteed by international powers such as Gulf Arab states, Russia, China and the U.N., before agreeing to a permanent cease-fire.

The “reduction of violence” deal would call for the Taliban and U.S. to refrain from conducting attacks or combat operations for seven days, according to a person familiar with the ongoing discussions who was not authorized to discuss the proposal and spoke only on condition of anonymity.

Asked about whether Trump would sign off on such an agreement, O’Brien said there has been “significant progress” in the months-long on-again, off-again talks with the Taliban and that the U.S. is “cautiously optimistic that some good news could be forthcoming.”

Other conditions in the deal would include a Taliban pledge not to associate with al-Qaida, the Islamic State group or other militant groups.

“We have contributed a tremendous amount of blood and treasure to Afghanistan, but it’s time for America to come home,” O’Brien also said. “We want to make sure that Afghanistan doesn’t become a safe haven for terrorism again.”

The Taliban, who ruled Afghanistan with a harsh version of Islamic law from 1996 to 2001 and hosted al-Qaeda leader Osama bin Laden as he masterminded the 9/11 attacks, say they no longer seek a monopoly on power. But the militant group now controls or holds sway over roughly half of the country.

There are fears that a full withdrawal of some 20,000 NATO troops, including about 12,000 U.S. forces, would leave the Afghan government vulnerable, or unleash another round of fighting in a war that has killed tens of thousand of Afghans and also claimed the lives of 2,400 U.S. service men and women.

Afghan civilians have paid the heaviest price — the United Nations says that between 2009, when it first began documenting civilian casualties, and October 2019, a total of 34,677 Afghan civilians have been killed, either in insurgent attacks or being caught in the crossfire of battles between militants and Afghan security forces and their U.S.-led coalition allies.

The State Department declined to comment on negotiations beyond saying that the “U.S. talks with the Taliban in Doha continue around the specifics of a reduction in violence.” Ghani, Pompeo and Defense Secretary Mark Esper will all be in Munich, Germany, this week for the annual Munich Security Conference, which is also expected to discuss Afghanistan.

US, Afghan forces come under 'direct fire' in eastern Afghanistan: US official