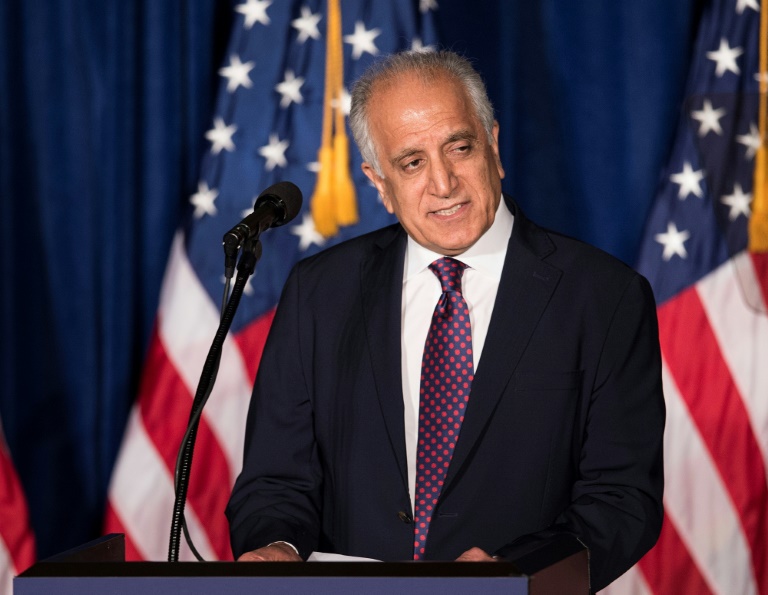 The United States and the Taliban said Saturday they had made substantial headway in negotiations to end the 17-year US war in Afghanistan, although sticking points remained.

Zalmay Khalilzad, who was named by President Donald Trump’s administration to find a way out of the war, held an unusually long six days of talks with Taliban representatives in Qatar.

“Meetings here were more productive than they have been in the past. We made significant progress on vital issues,” Khalilzad wrote on Twitter.

Khalilzad — who headed to Qatar after talks in Afghanistan and its key neighbors — said he was returning to Kabul to discuss the negotiations.

“We will build on the momentum and resume talks shortly. We have a number of issues left to work out,” he tweeted.

While he has not given details, floated proposals include a withdrawal by the United States of its troops in return for Taliban guarantees not to shelter foreign extremists — the initial reason for the US intervention.

“The US is serious about pursuing peace, preventing #Afghanistan from continuing to be a space for international terrorism & bringing forces home,” he added.

Trump has been eager to end America’s longest war, which was launched shortly after the September 11, 2001 attacks.

Trump has already said he will pull half of the 14,000 US troops from Afghanistan.

Taliban spokesman Zabiullah Mujahid said that while there was “progress” at the meetings, reports of an agreement on a ceasefire and talks with Kabul “are not true.”

“Since issues are of critical nature and need comprehensive discussions, therefore it was decided that talks about unresolved matters will resume in similar future meetings,” he said in a statement.

But a senior Taliban commander sounded optimistic after the talks with the Afghan-born Khalilzad, who played key diplomatic roles in former president George W. Bush’s administration.

“The US has accepted many of our demands and both sides are very much agreed on major points, but some points are still under discussion,” the Taliban commander told AFP on condition of anonymity by phone from Pakistan.

“We are moving forward and a lot of progress has been made so far.

“Efforts are underway to find some middle ground to solve the remaining disputed issues. The Afghan government is one of them,” he added.

The Taliban in the past have refused to deal with the internationally recognized government of President Ashraf Ghani.

Abdullah Abdullah, the de facto prime minister of Afghanistan, recently voiced frustration that the Taliban was excluding the Kabul government, warning that a peace process “cannot take place by proxy.”

Afghan authorities have put a brave face on the negotiations, noting that Kabul has already taken charge of security.

Ghani said Thursday that 45,000 Afghan security forces have died since September 2014 — a stunning casualty rate of more than 28 dead per day that analysts say has contributed to low morale.

Ghani is running for reelection in July, which could come at the height of the Taliban fighting season — unless a ceasefire is reached.

The length and apparent breadth of the Taliban talks are unprecedented, signaling that both the United States and the Taliban see a path forward.

In a sign of the seriousness, the Taliban appointed a co-founder of the hardline Islamic movement as its Qatar-based negotiator with the United States — Mullah Abdul Ghani Baradar.

He was arrested in Pakistan in 2010 but released in October as the United States stepped up diplomacy. He was considered the number two to Taliban chief Mullah Omar, who died in 2013.

Joe Cirincione, president of the Ploughshares Fund, a US foundation that promotes peace, said that Baradar’s return showed the hubris of war, recalling that he had offered to surrender soon after September 11.

“Bush administration refused. They wanted to defeat the Taliban, not negotiate. Now, he’s back to make a deal, and he’s going to get a lot more,” Cirincione tweeted.

Khalilzad last met with the insurgents last month in the United Arab Emirates, which has jockeyed with Qatar for influence in Afghan diplomatic circles.

Afghanistan neighbors fear refugee crisis if US pulls out