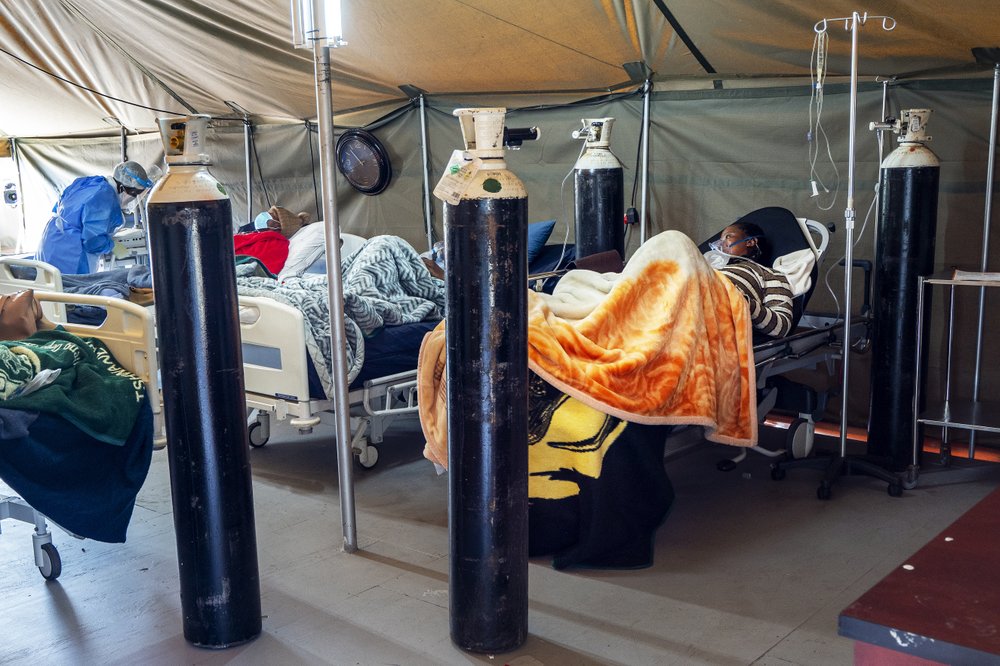 on Saturday saw its biggest daily spike as its infections passed 800,000. The surging cases are raising sharp concerns about unequal treatment in the pandemic, as the wealthy hoard medical equipment and use private hospitals and the poor crowd into overwhelmed public facilities.

Globally more than 12.5 million people have been infected by the virus and over 560,000 have died, according to data compiled by Johns Hopkins University. Experts say the pandemic’s true toll is much higher due to testing shortages, poor data collection in some nations and other issues.

Some of the worst-affected countries are among the world’s most unequal. South Africa leads them all on that measure, with the pandemic exposing the gap in care.

In Johannesburg, the epicenter of South Africa’s outbreak, badly needed oxygen concentrators that help COVID-19 patients who are struggling to breathe are hard to find as private businesses and individuals are buying them up, a public health specialist volunteering at a field hospital, Lynne Wilkinson, told The Associated Press.

Meanwhile, South Africa’s public hospitals are short on medical oxygen — and they are now seeing a higher proportion of deaths than private ones, the National Institute for Communicable Diseases says.

South Africa now has more than 250,000 confirmed coronavirus cases, including more than 3,800 deaths. To complicate matters, the country’s troubled power utility has announced new electricity cuts in the dead of winter as a cold front brings freezing weather. Many of the country’s urban poor live in shacks of scrap metal and wood.

And in Kenya, some have been outraged by a local newspaper report that says several governors have installed intensive care unit equipment in their homes. The country lost its first doctor to COVID-19 this week.

“The welfare, occupational safety & health of frontline workers is a non-negotiable minimum!!” the Kenya Medical Practitioners, Pharmacists and Dentists Union tweeted after her death. On Saturday, the union and other medical groups urged President Uhuru Kenyatta to implement a promised compensation package to ease the “anxiety and fear that has now gripped health care workers.”

More than 8,000 health workers across Africa have been infected, half of them in South Africa. The continent of 1.3 billion has the world’s lowest levels of health staffing and more than 550,000 cases, and the pandemic is reaching “full speed,” the Africa Centers for Disease Control and Prevention says.

Many parts of the world are facing fresh waves of infections as they try to reopen their economies.

In India, which reported a new daily high of 27,114 cases on Saturday, nearly a dozen states have imposed a partial lockdown in high-risk areas. Cases jumped from 600,000 to more than 800,000 in nine days. People are packing India’s public hospitals as many are unable to afford private ones that generally uphold higher standards of care.

Officials on the southern Japanese island of Okinawa said dozens of US Marines have been infected at two bases there in what is feared to be a massive outbreak. The officials said the US military asked that the exact figure not be released.

“We now have strong doubts that the US military has taken adequate disease prevention measures,” Gov. Denny Tamaki told reporters.

In Australia, the beleaguered state of Victoria reported 216 new cases in the past 24 hours, down from the record 288 the previous day. It hopes a new six-week lockdown in Melbourne, Australia’s second-largest city with a population of 5 million, will curb the spread.

“We cannot pretend that doing anything other than following the rules will get us to the other side of this,” said Victoria Premier Daniel Andrews.

In Latin America, where inequality is sharp and Brazil and Peru are among the world’s top five most badly hit countries, the COVID-19 pandemic is sweeping through the continent’s leadership, with two more presidents and powerful officials testing positive in the past week.

Yet developing countries are not the only ones overwhelmed. Confirmed COVID-19 cases in the US have hit 3 million, with over 130,000 deaths — the worst outbreak by far in the world. The surge has led to equipment shortages as well as long lines at testing sites.

Texas is among the US states setting records for infections and deaths almost daily after embarking on one of America’s fastest reopenings. Republican Gov. Greg Abbott on Friday extended a statewide disaster as the state surpassed 10,000 hospitalized patients for the first time.

“Things will get worse,” Abbott told Lubbock television station KLBK. “The worst is yet to come as we work our way through that massive increase in people testing positive.”

Image: Covid-19 patients are being treated with oxygen at the Tshwane District Hospital in Pretoria, South Africa, Friday July 10, 2020. Health Minister Zweli Mkhize this week said South Africa could run out of available hospital beds within the month. “The storm that we have consistently warned South Africans about is now arriving,” he told lawmakers. The African continent overall has over 523,000 confirmed virus cases after passing the half-million milestone on Wednesday. But shortages in testing materials mean the true number is unknown.(AP Photo/Jerome Delay)

WHO sets up panel to review handling of COVID-19 pandemic