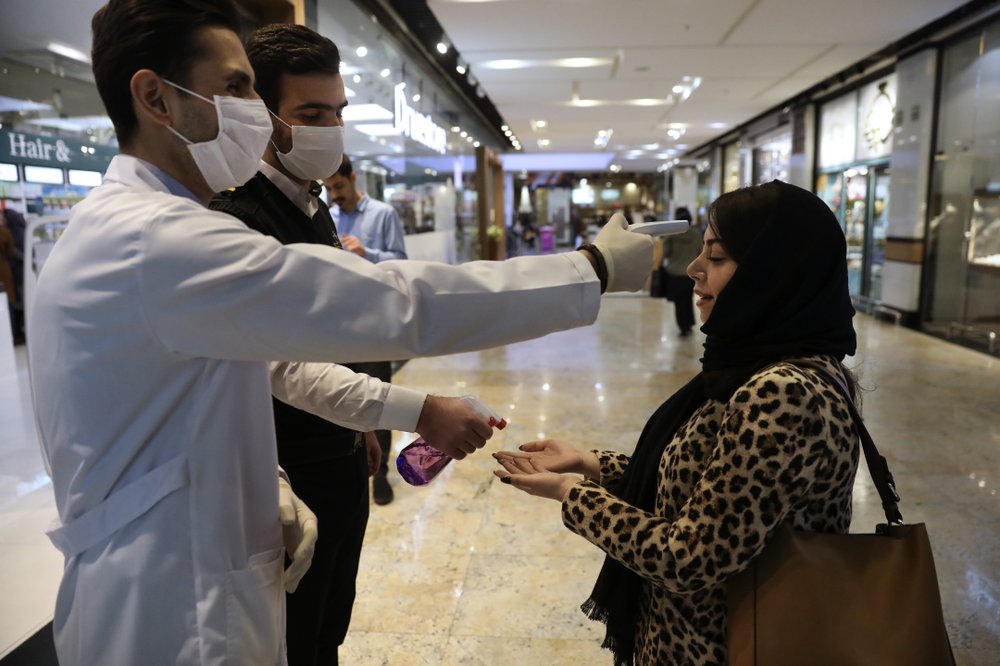 TEHRAN, Iran (AP) — Fears over the new coronavirus outbreak in the Mideast disrupted the practice of Islam itself in the region on Wednesday, as Saudi Arabia banned its citizens and residents from performing the Muslim pilgrimage in Mecca and Iran canceled Friday prayers in major cities.

Friday is the main congregational day of prayer in Islam, and traditionally an important event for Iran’s clerical rulers. Tehran and other areas had canceled Friday prayers last week over the outbreak.

Iran earlier announced that the new coronavirus has killed 92 people amid 2,922 confirmed cases across the Islamic Republic, the highest death toll in the world outside of China.

Health Ministry spokesman Kianoush Jahanpour announced the new figures at a news conference in Tehran, raising Iran’s death toll from the new illness to higher than Italy’s, where there has also been a serious spike in infections.

There are now over 3,140 cases of the new virus across the Mideast. Of those outside Iran in the region, most link back to the Islamic Republic.

The virus has sickened top leaders inside Iran’s civilian government and Shiite theocracy. Iran stands alone in how the virus has affected its government, even compared to hard-hit China, the epicenter of the outbreak. Worldwide, the virus has infected more than 90,000 people and caused over 3,100 deaths.

Experts worry Iran may be under reporting the number of cases it has.

“The virus has no wings to fly,” Jahanpour said. “We are the ones who transfer it to each other.”

Iranian President Hassan Rouhani meanwhile acknowledged that the virus was in nearly all of Iran’s 31 provinces while speaking at a Cabinet meeting Wednesday.

“This disease is a widespread one,” he said, according to a transcript. “It encompasses almost all of our provinces and is, in a sense, a global disease that many countries in the world have become infected with, and we must work together to tackle this problem as quickly as possible.”

Saudi Arabia last week closed off the holiest sites in Islam to foreign pilgrims over the coronavirus, disrupting travel for thousands of Muslims already headed to the kingdom and potentially affecting plans later this year for millions more ahead of the fasting month of Ramadan and the annual hajj pilgrimage.

Image: A woman has her temperature checked and her hands disinfected as she enters the Palladium Shopping Center, in northern Tehran, Iran, Tuesday, March 3, 2020. Iran’s supreme leader put the Islamic Republic’s armed forces on alert Tuesday to assist health officials in combating the outbreak of the new coronavirus, the deadliest outside of China (AP Photo/Vahid Salemi)

WHO warns of global shortage of medical equipment to fight coronavirus

Egypt's Health Minister to return from China this weekend, will enter 14-day quarantine