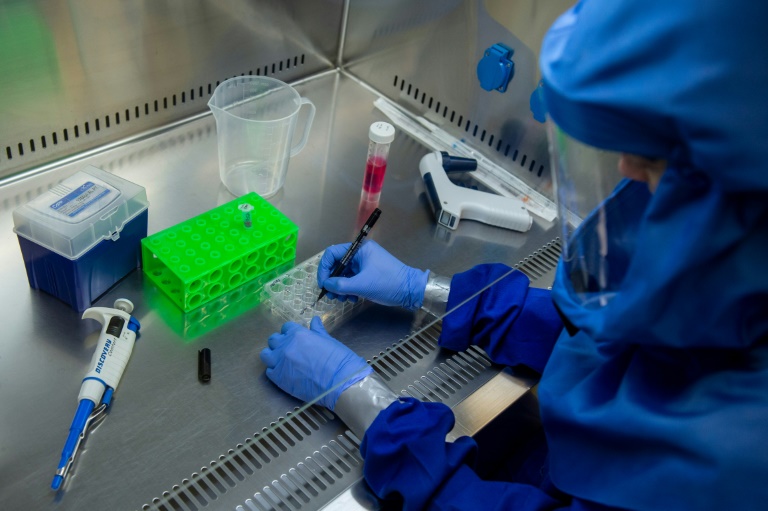 Hydroxychloroquine, double-blind studies, convalescent plasma, herd immunity — the coronavirus pandemic has thrust the language of science into public view as never before.

Having escaped the confines of the laboratory, these and other once-obscure terms are fast becoming part of household parlance.

But familiarity with the terminology does not necessarily lead to a better understanding, especially when there is an avalanche of new findings, experts caution.

When researchers disagree or change their mind on the efficacy of a treatment or policy, the normal back-and-forth of the scientific process can breed confusion, they say.

This is only amplified by a 24-hour news cycle and social networks, they add.

The number of studies about the new coronavirus and the disease it causes has skyrocketed into the thousands, with hundreds more in the pipeline at any given time.

This is as it should be, said Serge Horbach, an expert on academic publishing at Radboud University in The Netherlands and author of a new study about the explosion in research sparked by the coronavirus pandemic.

In a public health crisis that, to date, has infected nearly five million people and killed more than 315,000, “the rapid dissemination of relevant scientific knowledge is of paramount importance,” he wrote.

As of mid-April, he had catalogued more than 2,000 so-called pre-prints, published without having gone through a scientific journal’s peer review, which normally takes many months.

Even the usual channel in which research is subject to scrutiny by peers or fellow experts before publication has been “considerably accelerated”, Horbach said.

In the current global health pandemic, articles have been going online or into print within 57 days, half-again as fast as usual, he has found.

Publishers have also made relevant studies freely available, and suspended the usual practice of releasing them under embargo which delays access even further.

For years, journals have been under pressure from frustrated authors and scientific institutions to speed up a practice that dates to the early 18th century.

And they have long “promised quicker and quicker peer review” in order to cater to readers and authors, said Ivan Oransky, co-founder of Retraction Watch, a US-based site that monitors corrections in scientific publications.

The coronavirus epidemic is not the first public health crisis in which fast-track publication has become even faster.

But the first turned out not to be the global killer feared, and the second — while devastating — remained regional, and had a limited death toll compared to the current pandemic.

However, the peer-review process takes time for a reason.

“One could wonder whether faster is always better,” Horbach said.

Experts worry that a deluge of often contradictory findings — Does this or that drug work? Are masks effective? — results in a media free-for-all that can damage the credibility of science itself.

“If you look at coverage by a lot of journalists of coffee, or red wine, or chocolate, it seems as though they’re helpful one week and they kill you the next, and no one’s quite sure,” Oransky said.

Additionally, a rush to publish is not necessarily driven exclusively by a sense of public service.

“There’s enormous pressure to publish in order to finance research,” said Anne-Marie Duguet, a specialist in medical ethics and health law at the Paul Sabatier University in Toulouse.

But a sudden torrent of studies is not in itself a problem, she argued.

“What is most important is their scientific and ethical rigour,” she told AFP, saying that it was up to scientists to “question themselves”, for example, when describing their findings as “promising”.

Duguet pointed to the controversy swirling around French professor Didier Raoult, who has aggressively promoted hydroxychloroquine to treat COVID-19 patients.

US President Donald Trump is the world’s most vocal champion of the drug, used historically to treat malaria, and on Monday made the surprise announcement that he has been taking it for about a week.

“In scientific conferences, controversies are enriching,” said Duguet. “But what does the public want? They expect us to find a miracle solution that works, and works quickly.”

“Why is Raoult so successful?” she continued. “Because he doesn’t show any doubts, he just goes forward.”

But a number of recent studies have found hydroxychloroquine — which can also have adverse side-effects — ineffective in the treatment of the new coronavirus.

The resulting controversies “can have a disenchanting effect,” said Benoit Gaultier, a professor at the University of Zurich and the co-director of the epidemiological research group at France’s prestigious College de France establishment.

“We wind up with the public saying, ‘What is this mess?'”

Image: POOL/AFP/File / KAROLY ARVAI Hydroxychloroquine, convalescent plasma and herd immunity are among some of the once-obscure terms becoming household words in the coronavirus era

Does sunlight rapidly destroy the coronavirus?