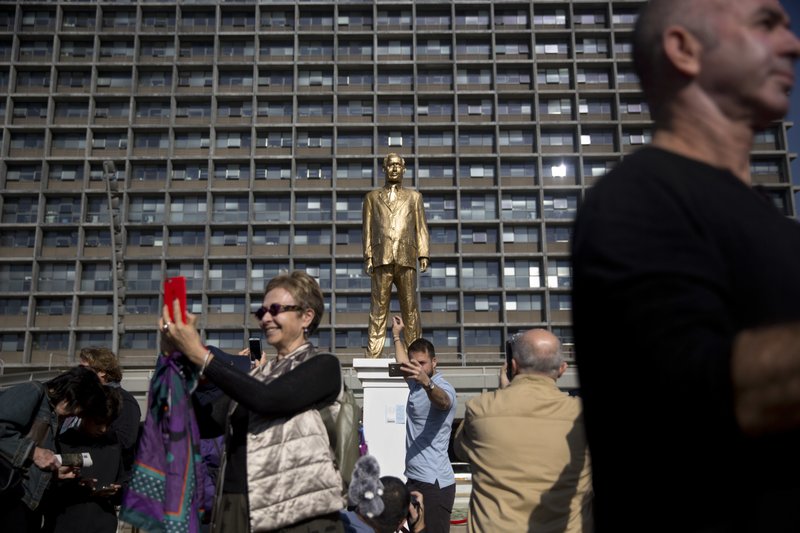 Engulfed in a string of scandals, Prime Minister Benjamin Netanyahu finds himself facing a growing grassroots protest movement demanding his indictment and removal from office.

Weekly anti-corruption vigils in front of the home of Israel’s attorney general have gone from a trickle to drawing thousands of people, and the recent arrest of the two main organizers seems to spell stress within Netanyahu’s circle while further energizing his opponents.

The unlikely duo spearheading the protest effort could not be more different. One used to hobnob in the most exclusive circles of power, while the other is a former maintenance man at the prime minister’s residence. Once dismissed as disgruntled fringe characters, Eldad Yaniv and Meni Naftali have together galvanized a movement that has rattled Netanyahu’s grip on power.

“Netanyahu sees our protest as a clear and present danger to his continued rule, and that is why he is trying to harm us,” said Yaniv, who was arrested with Naftali last week on their way to a protest.

“Our goal is more than just replacing Netanyahu,” he said. “It’s to create a new contract between politicians and the public so that the next prime minister is not investigated by police.”

Although the allegations have yet to threaten his lengthy rule, Netanyahu has seen his approval ratings drop amid repeated questions about his conduct and integrity.

One of his closest former aides has become a witness against him, and Netanyahu himself has been questioned under caution in a pair of cases relating to alleged financial misdeeds and illicit ties to executives in media, international business and Hollywood. Police say they suspect Netanyahu of being involved in bribery, fraud and breach of trust. The final decision is in the hands of his attorney general, Avichai Mandelblit.

For now, Netanyahu still has the backing of his ruling Likud Party and key conservative coalition partners, leaving critics pinning their hopes on the attorney general’s discretion to indict.

What began as a gathering of a handful of good governance activists outside Mandelblit’s home has now, in its 40th week, swelled into a powerful display of flag-waving Israelis each Saturday night that has drawn heavy media coverage, sparked pro-Netanyahu protests and unnerved police.

Last weekend, police pre-emptively arrested Yaniv and Naftali for allegedly soliciting an illegal demonstration, detaining them overnight before a court freed them amid scathing criticism of police. Israel’s Supreme Court said Thursday the protests could continue but would be limited to 500 people, and it barred the use of loudspeakers in the residential area.

Yaniv, a lawyer, was a close aide to then-Prime Minister Ehud Barak but became disenchanted with the political system and turned into an anti-corruption crusader. He frequently speaks out against the influence of lobbyists, big business and the banks.

Yaniv says his arrest was an attempt to quash a “symbol” of resistance and was ordered from above, a charge police denied.

“This protest began because of Netanyahu’s corruption investigations, but they are just a trigger to a far larger problem, the unfathomable corruption of our leadership,” he said, citing a former prime minister, president and several ministers and mayors who have served time for crimes in office.

Naftali is a former custodian at the prime minister’s residence, and an Israeli court has ruled he was abused and mistreated by Sara Netanyahu. He said it has become his mission to unmask the misdeeds of Israel’s first family. Since his dismissal, he maintains that authorities have been hounding him by taking away his gun license, for instance, and thus hurting his livelihood as a security guard.

“I am a victim of institutional corruption. People see what was done to me. This is about proper governance,” said Naftali, who now works as a handyman. “The trust with the state has been broken.”

Netanyahu has repeatedly denied any wrongdoing and called the accusations against him a witch hunt orchestrated by a hostile media. He has dismissed the suspicions as “background noise,” vowed to stay in office for years to come and recently held a boisterous rally in Tel Aviv where he criticized the media to hundreds of cheering supporters.

Israel law says the prime minister can only be removed by parliament, though the Supreme Court has since ruled that government ministers and mayors had to resign if indicted.

On the other hand, Israel’s justice minister has said the prime minister is not compelled to do so. But should the attorney general issue an indictment, there will be a legal challenge and public pressure for him to step aside. The weekly protests are ostensibly aimed at encouraging an indictment.

Netanyahu has escaped scandals before linked to his and his wife’s expensive tastes and use of public funds, but the latest accusations appear to pose his stiffest challenge yet.

And a probe called “File 3000” relates to a possible conflict of interest involving the purchase of German submarines, in which Netanyahu’s cousin and personal attorney represented the German firm involved.

Raviv Drucker, an investigative journalist who exposed the final affair, said the cases have damaged Netanyahu’s image but not endangered his rule. Barring any unforeseen developments, Drucker predicted Netanyahu was safe politically for at least the next year, since none of his allies had any interest in seeing the government fall.

“The legal picture has to change for that to happen,” he said. “If it reaches a whole new threshold in which they will feel damaged by the association with him, then he could fall.”

Israel in talks with Egypt to reopen Cairo embassy: Haaretz