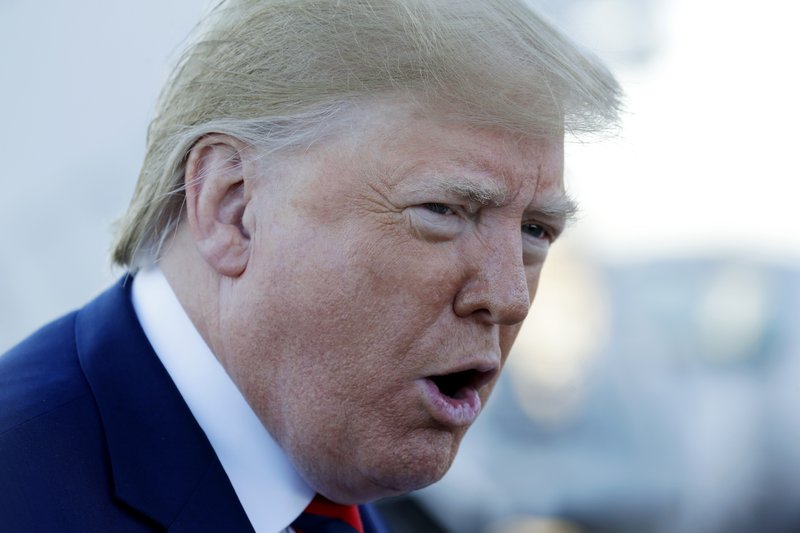 is signaling that he will not appear Monday as scheduled.

Charles Kupperman was supposed to testify behind closed doors, but last week asked the federal court in Washington for guidance on whether he was legally required to do so.

The court had yet to rule by Monday morning, and his lawyer said in a letter that he was waiting for a judge to step in before committing to testify.

At issue is whether the subpoena from Congress takes precedent over the White House’s position that Kupperman, as a close adviser to the president, is immune from having to testify. Kupperman’s attorneys sued on Friday, asking a judge to resolve that question and the conflicting directives he says he has received from Congress and the White House.

The three chairmen of the House committees overseeing the inquiry told Kupperman’s lawyers in a letter that the suit was without merit and appeared to be coordinated with the White House. They called the suit “an obvious and desperate tactic by the President to delay and obstruct the lawful constitutional functions of Congress and conceal evidence about his conduct from the impeachment inquiry.”

In a letter Sunday obtained by The Associated Press, Kupperman’s attorney, Charles Cooper, wrote that it was not his client who was challenging Congress’s constitutional claims.

“It is President Trump, and every president before him for at least the last half century, who have asserted testimonial immunity to their closest confidential advisers,” Cooper wrote. “If your clients’ position on the merits of this issue is correct, it will prevail in court, and Dr. Kupperman, I assure you again, will comply with the court’s judgment.”

Image: President Donald Trump talks to reporters before boarding Air Force One for a trip to Chicago to attend the International Association of Chiefs of Police Annual Conference and Exposition, Monday, Oct. 28, 2019, in Andrews Air Force Base, Md. (AP Photo/Evan Vucci)

From Minnesota to Michigan, Trump aims to turn scandal into reelection fuel