It is so painful, so inexpressible when I look at what our relationship with “the other” has become; when I see those diseases that plague our deals with each other, where the values of righteousness, goodness, and beauty are almost absent.

In their place are repulsive, negative “values” approved neither by religion nor by mind, ones that neither the conscience nor – can admit to.

One question always pops into my mind whenever a crisis of social ethics arises: what is the reason behind the contradiction between the values humans carry, whether in their conscience or their faith, and their behavior?

How can this contradiction between words and deeds be resolved?

What is the nature of the barrier that prevents us from following the values we have?

How can we overcome the barrier and resolve this contradiction between what we say and what we do?

And is it not “Grievously odious in the sight of Allah that ye say that which ye do not?”

The strange thing is that if you look into all of our religions, in ever sect and doctrine, you will find all they do is encourage good deeds, good manners, and good behavior.

Yet despite this, despite claiming that we follow our religious duties and observe worship of all sorts, one sees surprising things in daily behavior. You would be amazed at the extent of hypocrisy, how easily we can dare to harm each other and how indifferent we are to hate, envy and violence.

It was true when someone said that we are “very religious, and very immoral”.

How did such a contradiction settle within us? And how has the balance of noble values that call us to do unconditional good for all people at all times been toppled in favor of brutality and aggression, where all are waiting to attack all,  much like what Thomas Hobbes said: “Man to Man is an arrant wolf”.

He was not deceived by the appearances, and considered man to be merely wearing the skin of a lamb to conceal the wolf hidden beneath.

Between the appearance of lambs and the nature of wolves, many in our society practice a kind of psychological schizophrenia in their daily behavior, living with two contradictory personalities: one that seems strongly committed to religion and worship while the other mistreats people.

I believe that religion came from God as a “whole”, that is you cannot take one part of it and leave the other.

Therefore, worship that is just related to observing prayers is not sufficient in place of adhering to God’s commands to show kindness to each other and abstain from violence to our fellow man.

For example, in its essence Islam came to preserve the five necessities of Sharia, which were acknowledged and proven by religious scholars as faith, life, mind, progeny, property. From these, Imam Al-Shatibi based his opinion that orders and obligations were made not only for the sake of the faith and hereafter but also to serve the interest of the people and their worldly affairs.

On the other hand, and coming from the perspective of the necessity of religion, many philosophers of human nature and psychologists have developed theories to define human beings and analyze their hidden inner worlds.

They almost unanimously agreed that there is a complex system within humans, with a structure that resembles a full, directed strategy. It consists of desires, motives, and needs that if unreservedly unleashed would lead to harming others.

If this harm continues, it will be like a growing fire that does not stop until it consumes all of humanity. Thus, God sent religions to protect people from themselves, to create balance in societies, and for the safety and survival of human societies.

Therefore, when looking deeply into the emergence and development of societies, from the dawn of divine guidance to the present day, one sees how human gathering and inhabitation (as Ibn Khaldun puts it) by man throughout his history of faith was able to create an ethical value system derived from two basic elements: the first is religion that was bestowed from God, and the second is reason which distinguishes humans from all other creatures.

From this argument of religion and reason, the basic principles of rights, duties, constitutions, laws, and legislation were built throughout history.

The best of them were those that took into account the balance between individual rights and public interests and duties, which guarantees the freedom of the individual and ensures they can control their “wolf”.

It is this system which aims to make society one single unit, ruled by general organizing values, through which the contradiction between individualism and the public good can be resolved.

This system of moral discipline, whether through its values or tools or in terms of its procedures and authority in preserving society, is the broadest space for all of our ethics which religion may not have explicitly included some of them.

However, adhering to it remains a fundamental pillar in what religion calls for because it is practical guide for preserving these necessities.

Our worldly values therefore include respecting the thoughts and beliefs of others; keeping promises, covenants, and charters; preserving the environment; respecting children’s rights; preserving public property and preventing cruelty to animals.

These values serve as good deeds that preserve society, ensuring they do not spiral into cruelty and commit acts that will anger God.

In short, what I would like to say is that the most significant reason behind the crisis of values afflicting our societies in different degrees is due to the great gap that separates practicing our faith on one hand and being religious on the other.

They have forgotten the advice of Prophet Muhammad (PBUH) when he said: “All creatures are a family of God: and He loves most those who are kindest to His family.” 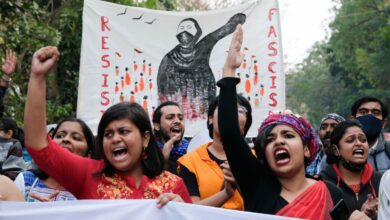 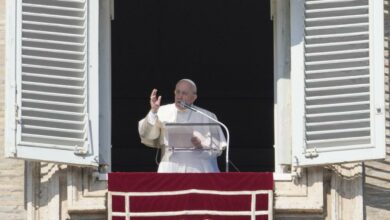