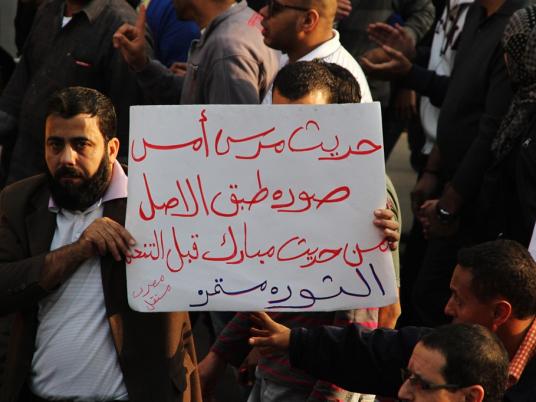 The country is losing billions in petrodollars because it isn’t taking advantage of the international market where oil can be sold at much higher prices, nor is it closing up channels that breed corruption and allow hidden subsidy costs to take hold.

1. Missing out on opportunity cost

If the government would account for the opportunity costs (sometimes also referred to as economic costs) of energy subsidies, it’s subsidy bill would be at least 50% higher than the official figure.

This is the money the Egyptian government loses by not selling fuel at the international market price, but at far cheaper rates.

That means the state-owned oil company, the Egyptian General Petroleum Corporation, provides energy at a cheaper price for the domestic market, when it could be taking advantage of the lucrative international oil market.

The difference between the profit that the EGPC could have made from selling the fuel internationally and the oil it sells domestically at a subsidised price is the “opportunity cost”.

In order to capture this opportunity costs, economists use the so-called price gap approach.

2. Lending between ministries has opened up channel for corruption and hidden subsidy costs

The government has made it almost impossible to track the true costs of energy subsidies.

That’s because of poorly recorded budgets and unnecessarily complex bureaucracy between the oil, electricity and finance ministry.

But the subsidies are recorded as an expenditure at EGPC. It would be more correct, however, if EGPC would sell fuel at the international market price to other entities and then account for the subsidies as a loss.”

Intra-governmental funding has made it even more difficult to track how much subsidies are costing the nation and an “amazing labyrinth of connections between different ministries and different entities of the government,” Radwan says.

This only serves to undermine official figures.

The question now is: how will the government undertake any energy subsidy reform, if it is not even able to track its own subsidy records?

This guest post is by Stefanie Heerwig, a freelance journalist and researcher at Openoil, a Berlin-based energy consultancy and publishing house

Farah Halime is the editor of Rebel Economy, a blog focused on how Middle East economies are rebuilding after the Arab Spring