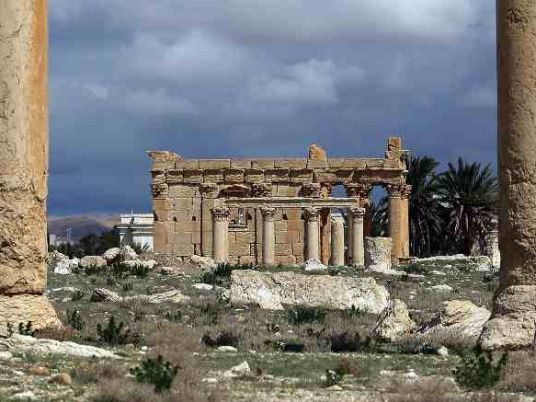 Editor's note : Sturt W. Manning is chair of the Department of Classics at Cornell University. The opinions expressed in this commentary are solely those of the author.
In "The Art of War," Sun Tzu notes that "the whole secret lies in confusing the enemy, so that he cannot fathom our real intent." ISIS is developing this logic in an obscene and seductive way, using the world's media to cultivate its barbaric image and recruit new members.
The austerely beautiful ruins of the Temple of Baalshamin at Palmyra in central Syria are the latest victims of staged cultural desecration, and bodies like UNESCO have reacted as ISIS hoped, by denouncing this as a war crime. ISIS gets publicity, attention, vilification. The world's media react and we supply ISIS their recruiting fuel and offer free advertising of more illicit antiquities soon to be on sale on the black market.
The destruction and looting of heritage across Syria and Iraq is on an industrial scale. The Syrian Heritage Initiative of the American Schools of Oriental Research, among others, tries to document this pillage and loss.
Truth is scarce in all directions. The destruction of the Baalshamin was announced Monday; ISIS released photos Tuesday purporting to show explosives rigged up, an explosion, and rubble. But other reports indicate the destruction occurred a month ago. The images released shock but fail fully to document.
It is almost as if the horrific and pathetic beheading last week of Khaled al-As'ad — the octogenarian antiquities expert in Palmyra who apparently refused to reveal to ISIS information about Palmyra's treasures — failed to achieve sufficient attention (or income) and lacked the aesthetic impact value of demolishing a colonnaded temple.
There is competition and gaming even in this tragedy. Announcements of these outrages, and subsequent statements of verification, come from the rump Syrian government of dictator Bashar al-Assad and form part of its efforts to appear acceptable — as the opponents of ISIS and iconoclasm — and part of the fight against terror.
"My enemy's enemy is my friend" reaches literal and dangerous absurdity when the West finds itself almost de facto allies in this with Hezbollah and other unlikely bedfellows which comprise a Shia grouping against the Sunni extremists of ISIS.
ISIS would like to erase the rich history of Palmyra, so let's pause here to briefly explore it.
The city, dramatically silhouetted against a desert backdrop, first captured Western attention through the much-read "The Ruins, or Meditations on the Revolutions of Empires" by Constantin Francois de Volney and inspired even poetry, like Thomas Love Peacock's "Palmyra" (1806). A strategic oasis and nexus of trade, the city burst to wider prominence when a change in trade routes brought great prosperity and civic building as part of the Roman world in the 1st and 2nd centuries. The Roman Emperor Hadrian even visited around 129, attested by a bilingual inscription from the now-destroyed temple of Baalshamin.
Noted as a tolerant home to different faiths and ethnic groups where Greco-Roman and local cultures merged, Palmyra briefly stood center stage in history when it seized on a period of Roman weakness in the 260s to rebel under Queen Zenobia, controlling almost a third of the Roman empire in 271.
Warrior queens are those shocking characters of our western male-centric history that compel — and necessarily end badly. Graphic violence is not new to the story either: The Roman governor of Egypt, Probus, was beheaded by Zenobia's forces. Roman Emperor Aurelian moved east and conquered Palmyra; the city rebelled again, and this time, in 273, Aurelian sacked Palmyra and its leading historical role was snuffed out.
The city was then a minor player in the Byzantine and Arab worlds — indeed reuse of some monuments, for example the Baalshamin as a church, is why they were preserved so impressively until now. Timur (Tamerlane) sacked the city again in about 1400.
The Palmyra oasis is a strategic location, unfortunately almost awaiting attention and thus disaster. Usually ISIS justifies destruction by claiming representative art to be idolatrous and pre-Islamic religious objects or structures sacrilegious. It seeks to destroy diversity and enforce narrow uniformity. Evidence of a tolerant, diverse past is anathema. Prosaically, looted antiquities provide key funds to ISIS.
Such cultural cleansing deserves condemnation, but attention is what ISIS craves. What it fears is memory and knowledge, which it cannot destroy. The West's response should be to remember — and to provide educational resources to keep the rich and plural histories of Syria and Iraq alive and available, especially to those presently trapped under ISIS' enforced umbrella of ignorance.
The tragic irony for Palmyra is that Arab writers saw Zenobia's revolt as a proto-Arab precursor of the Muslim conquests starting in the 7th century. ISIS may not even know its own history — but as Confucius said, we should "study the past if you would define the future."