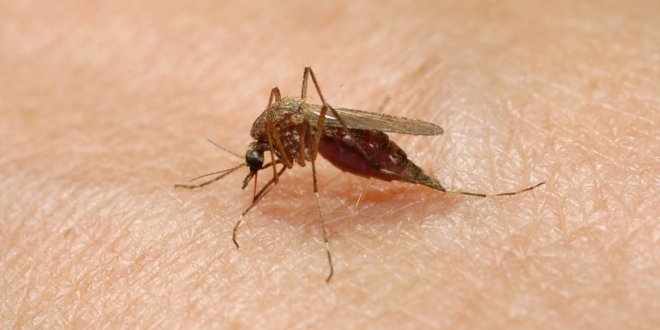 Contrary to popular belief, mosquito season isn't just summertime — you'll have to deal with them in winter, too.

"Mosquitoes do not have hibernation periods," says Dr. Hassan Abou Bakr, professor of biological control in the Cairo University Faculty of Agriculture. Their life cycle is elongated in the winter and the only difference is that there is a reduction in the number of eggs laid, Abou Bakr said.

"All mosquitoes have four stages of development — egg, larva, pupa and adult — and spend their larval and pupal stages in water. The females of some mosquito species deposit eggs on moist surfaces, such as mud or fallen leaves, which may be near water but dry. Later, rain or high tides re-flood these surfaces and stimulate the eggs to hatch into larvae,” according to "Mosquitoes in Your Life," an online article by Rutgers University Center for Vector Biology professors Donald Sutherland and Wayne Crans.

Female mosquitoes are the most menacing, because they are the ones that bite.

"Mosquitoes deposit a serum in the skin as soon as they bite, which causes itchiness,” said biologist Rabha Eid.

Cities like Cairo and Alexandria are likely to have mosquitoes year-round because the areas are considered "thermal islands," Abou Bakr says. "With large structures and roads made of steel and cement that act as giant radiators, as well as air conditioners, which emit hot air into the atmosphere, these cities have higher temperatures," he explained.

Abou Bakr said these thermal conditions, coupled with the presence of stagnant water pools such as water banks along the Nile river, mismanaged irrigation systems and drainage canals, unmaintained pools, water tanks and septic tanks, create an ideal atmosphere in which mosquitoes can live and thrive.

During the current period of cold weather, some people might notice more mosquitoes in their homes and a higher number of annoying bites. Trying to escape the biting cold, mosquitoes are drawn to warm homes.

In developing areas in major cities, underground water is close to the surface, so digging during building construction produces the moisture necessary for mosquitoes to survive. The females search for a food source and then lay more eggs, which can survive until the temperature is convenient for them to hatch.

According to Sutherland and Crans, mosquitoes are attracted to "perspiration, warmth, body odor, carbon dioxide and light." Homes with gardens are more likely to attract mosquitoes.

While some mosquitoes carry diseases such as malaria, disease-carrying mosquitoes are not common in Egypt, Abou Bakr said. Other blood-borne diseases, such as hepatitis and HIV, cannot be carried or transmitted by mosquitoes. In Egypt, mosquitoes do the greatest harm by causing annoyance which, Abou Bakr said, can disrupt daily productivity.

"Mosquito control must be a collective effort," says Abou Bakr.

Building maintenance is essential — all residents in apartment buildings or neighborhoods should make sure that stagnant water bodies such as pools and water tanks are cleaned regularly. In ponds and other water bodies, Abou Bakr suggests introducing aquatic birds, such as ducks and geese, and fish that eat mosquitoes or discourage them from habitation and reproduction.

Some common seeds and plants that repel insects are basil seeds, lantana, eucalyptus leaves and lemon grass. Eucalyptus leaves can be ground and rubbed on the skin or found in commercially prepared insect repellants.

One can also use barriers such as screens on windows and nets on beds to protect against mosquitoes.

Although mosquitoes can be annoying, Abou Bakr recommends refraining from using the terms "useful" or "harmful" to describe any organism that is part of the ecosystem. The best way to deal with mosquitoes is to keep from creating new environments for them to survive and flourish in human homes.