Amid the bleak backdrop of a revolution-riddled Egypt, a beacon of positivity shone on downtown Cairo Friday during the launch of one of the most exciting, social-conscious street art collaborations to happen this year.

“Women on Walls” or WOW is the brainchild of local cultural manager Angie Balata and Swedish journalist Mia Grondahl, bringing together a dynamic street art collective of more than 30 local artists, who plan to mobilize a women’s empowerment graffiti campaign in four cities throughout Egypt.

The project kicked off with the launch of Grondahl’s fourth book “Revolution Graffiti: Street art of the new Egypt,” which was marked with a day dedicated to the street art and music as artists worked to transform a rundown garage into a graffiti gallery of sorts, now known as The Garage.

The event also showcased musical performances by The Matrix collective, spearheaded by spoken-word poets and rappers Aly Talibab and Abdullah Miniawy, in addition to a talk by Grondahl, the project’s consultant, and several of the participating artists

Throughout April, the WOW street art campaign will visit four major cities in Egypt — Luxor, Mansoura, Cairo and Alexandria — with the aim of spreading their messages of female empowerment.

According to Balata, resident graffiti artists will lead the campaign in each city. Mira Shahadeh and Zeft are heading the Cairo campaign, while Ammar Abu Bakr will lead the Luxor team. Meanwhile, the initiative in Mansoura will be organized by Mohamed Khaled and Ghadir Wagdy, with Aya Tarek, Yazaan El Zo’bi, and Mohaned Nor taking charge of Alexandria.

The project is divided into two phases, explains Balata. “The first will take place at Anafora [a Coptic retreat outside Cairo], which will include a series of gender-related workshops for artists.

Led by the feminist theater director Sondos Shabayek of “Bussy,” in collaboration with Sally Zohney, who is a co-founder of the female rights group Bahaya Ya Masr, the workshops will serve to outline gender sensitive issues and a practical approach to discussing these issues on the street.”

During the project’s second phase, artists will visit each of the four cities and design meaningful interpretations of women’s empowerment. The aim is increasing women’s visibility and positively affecting the collective consciousness of each community.

On 10 May, the artists will go back to “The Garage” for a closing ceremony, discussion and final analysis of the project.

Featuring work from local artists including Abu Bakr, Hanaa El Degham, Ahmed Abdallah, Ahmed Tony, TEFA, Zeft, Sad Panda, Mohamed El Moushir, the Mona Lisa Brigades and more, The Garage — as it is called by downtown culture-goers — is an inspiring display of what can happen during cultural collaborations.

“The idea really came about when I met up with Grondahl last year to discuss her book,” explains Balata. “She had asked me to help her gather some of the local graffiti and street artists in addition to working on some translations for the book.”

Soon after, Grondahl and Balata began pursuing the idea of tying the book launch to an exhibition and a larger, nationwide campaign aimed at empowering women through street art. After receiving a grant from the Swedish Embassy and CKU, a Danish cultural center that works to develop cross-cultural projects, the duo moved full steam ahead with the initiative, with help from more than thirty volunteers.

“We wanted to take the book launch outside of the normal cultural spaces and create something new to celebrate the intersection of our various street art projects,” says Balata.

For three consecutive evenings, the artists worked to produce murals on the once barren walls of The Garage, a privately owned lot that continues to function as a parking garage during the day.

The artists worked through the night to finish their murals, some of which stretched from floor to ceiling.

According to Balata, The Garage is not a traditional venue for art. Instead it is a springboard for more community initiatives.

She says, “The goal of using the space was first, to talk about the book, second, to collaborate and create works in the present, and third, to launch the our women’s empowerment campaign.”

She adds that Abu Bakr played a central role in co-curating the space, recruiting many of the contributing artists and working with them to design the space as well as purchase supplies.

Grondahl is a Swedish journalist who has been living in Egypt for over a decade.

Prior to “Revolution Graffiti,” she published three other books: “In Hope and Despair: Life in the Palestinian Refugee Camps” (2003), “Gaza Graffiti: Messages of Love and Politics” (2009) and “Tahrir Square: The Heart of the Egyptian Revolution” (2011), which were all published by AUC Press.

The book is a vibrant and comprehensive montage of the graffiti community over the past two years and includes everything from simple hand-written messages to stencils and portraits of martyrs and elaborate murals decorating on Mohamed Mahmoud Street.

The art is presented in sections such as “Revolution & Freedom,” “Egyptian & Proud,” “Cross & Crescent,” and “Martyrs & Heroes.”

Grondahl says, “The book starts with the 25 January revolution because this is when graffiti really kicked off in Egypt. In most countries in the West, graffiti’s foundations can be found in the hip-hop movements but here, the start of the graffiti scene is almost entirely linked to the revolution as one of key mediums of expression from the youth.”

She goes on to compare the Egyptian graffiti movement with a much older scene found in Gaza, which also has roots in resistance.

“When the movement first began in Egypt, it felt as though artists were expressing statements saying ‘We are free, we are proud, we are Egyptian and we are taking back our streets from the old government,’” she explains. “But today, I see graffiti turning more into a form of resistance — in fact it is the art of resistance — I can also say that maybe graffiti is one of the strongest messengers for the youth proclaiming the revolution continues.”

Grondahl says graffiti artists use far more calligraphy in Gaza versus Cairo, which she believes is the result Hamas’ influence over artists. According to Hamas, words have more meaning than images.

“What I find very special about Egyptian graffiti is that different artists are borrowing from various parts of history — some are going to Phaoronic times and borrowing those images, others are going to the Coptic era, using icons and wings.

“Egypt is very close to its history and is not afraid of mixing it — that is the strength of Egyptian graffiti, it is an expression of history mixed with the pressing social matters of the present,” she adds.

Although Grondahl’s book includes a section called “Women Power on the Wall,” she was only able to find 300 graffiti images featuring women out of around 17,000 pieces of art.

But she is confident this statistic will change thanks to WOW since so many artists are taking part.

However, Abu Bakr says people don’t have to be artists to express their ideas and beliefs through graffiti.

He says, “Graffiti is not an exclusive network, we need many opinions and diversity. The media always has an agenda — graffiti is real, it’s genuine. Anyone who has a spray can or an opinion can contribute to the movement. Graffiti doesn’t always have to be beautiful, it doesn’t even have to be art — it is expression.

“Graffiti is a revolution,” he adds. 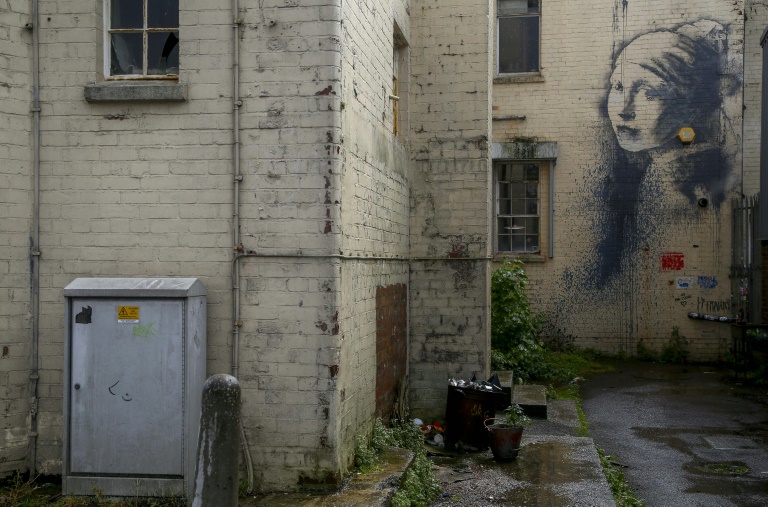