Facebook Twitter LinkedIn
Here's one for the bucket list, although for some it might be too close to the bucket for comfort.
A hotel in Maine is lifting the shroud on a ghastly new attraction: a crypt room whose last occupant was a Catholic priest whose earthly remains lay there for more than 100 years.
The underground tomb is attached to newly opened boutique hotel Inn at the Agora, which was converted from the rectory of St. Patrick's Church in Lewiston, Maine.
Owner Andrew Knight claims it'll be the first of its kind in the United States, and possibly the world, when it opens August 1. 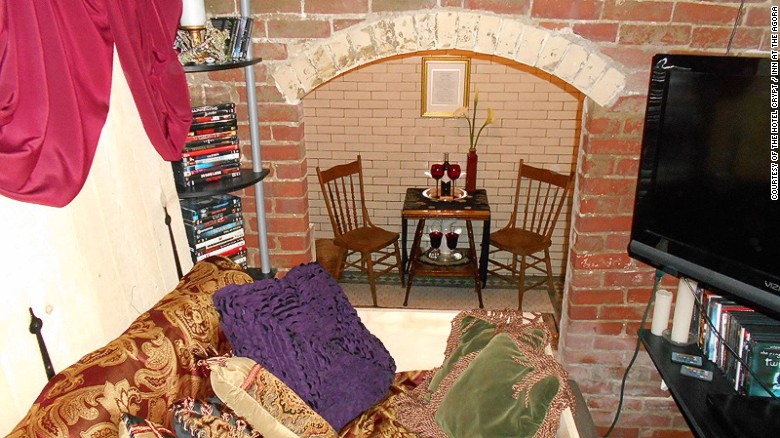 Modern comforts have been added to accomodate the crypt's first guests to have a pulse.
The crypt comes with original fittings, a TV with a selection of 60 classic horror movies, a "living" area (if that's your thing) and a custom-built pine coffin big enough for two.
The gated entrance has a lock to keep restless spirits out — or in — and there's a vent in the east wall to release gases emitted through decomposition, although your stay might not be long enough to need it.
And what's underneath that concrete slab that held a priest's coffin for more than a century?
"Fear itself," says Knight. "I didn't get chills until I looked under that platform."
Tales from the crypt 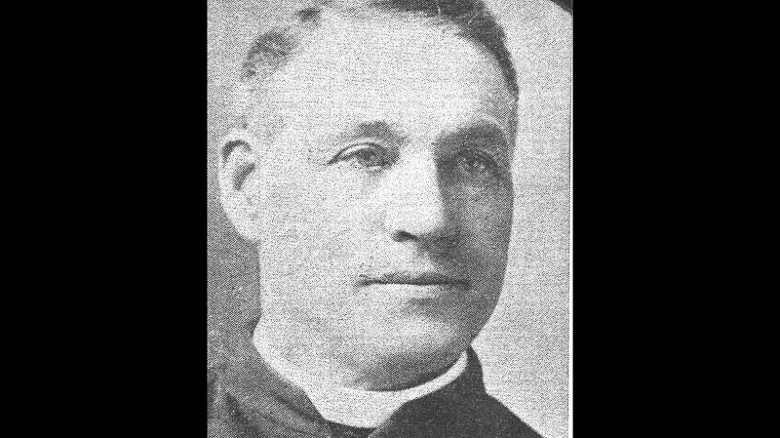 Monsignor Thomas Wallace was the church's first priest and oversaw its construction.
He loved the place so much he had a mortuary chapel and crypt built so he could be buried there.
In 1907, he got his wish.
After a 102-year rest, Wallace checked out in 2009 when the church closed and his body was moved to a nearby cemetery.
A recent eBay auction to be the crypt's first guest since Wallace went for $760.
Checking out early
Wallace may have been able to rest in peace for over a century, but today's guests need to vacate by 2 a.m.
This is due to the risk of bodily disturbance rather than spiritual.
The crypt has no toilet, so it's licensed only for entertainment and novelty use.
The tomb must be booked in conjunction with lodgings at the main hotel. 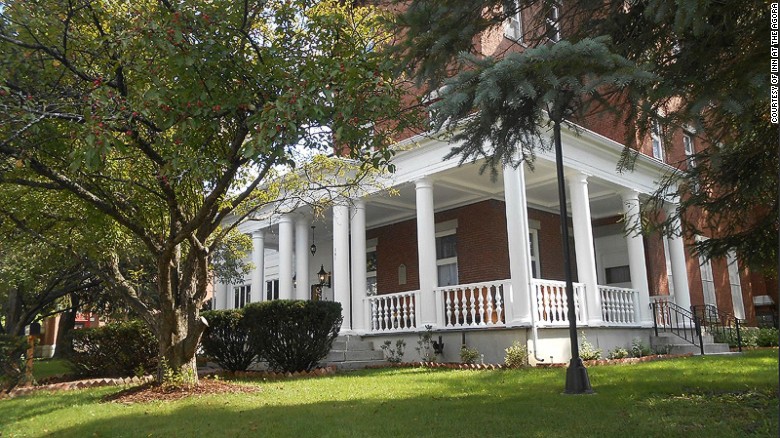 The more salubrious surroundings of Inn at the Agora.
The Haunted Tour package includes a pilgrimage to nearby Bangor, home of Maine's master of the macabre, Stephen King.
For those who still have an appetite, there's the option to enjoy a "last meal" — served at midnight of course.
With graveyard humor, innkeeper Jan Barratt assures us that the menu isn't "set in stone."
Knight insists Wallace would be overjoyed to know that the building is being saved and re-purposed.
"He'd, at worst, have shrugged it off as a minor annoyance or, at best, laughed at the ridiculousness," he says.
The crypt's hefty price tag, starting at $290 an evening plus $140 for accommodation at Inn at the Agora, might make some people's blood run cold — but hey, you only live once.
Tags
Catholic priest First crypt hotel Maine underground tomb