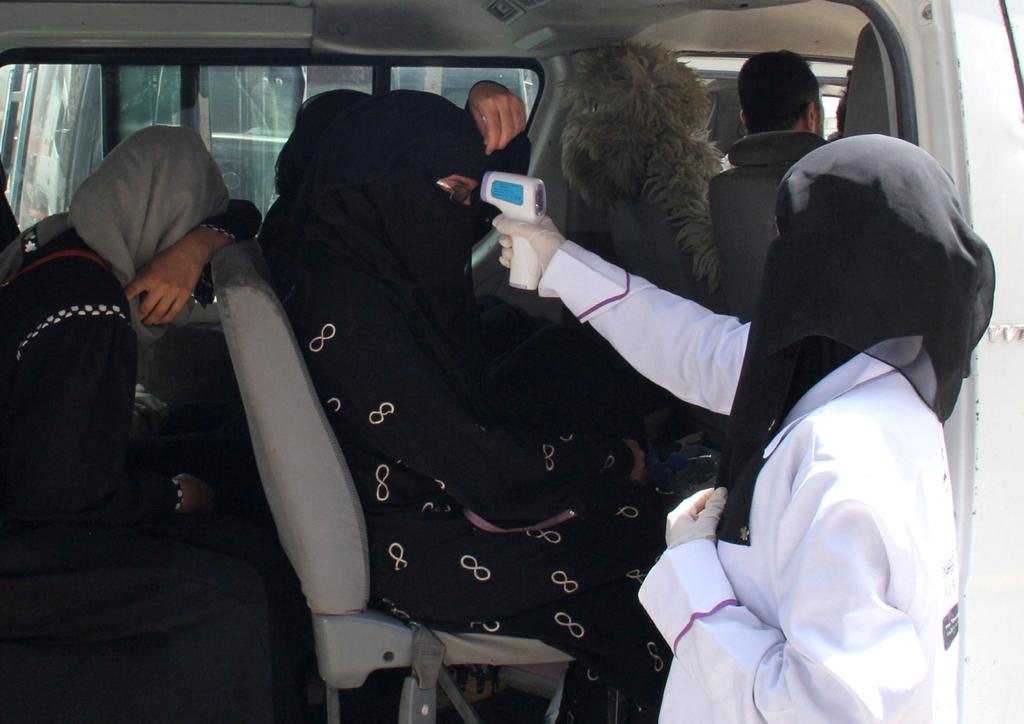 ADEN (Reuters) – Yemen reported the first case of the novel coronavirus in a third province late on Friday, raising the number of diagnosed infections to seven with two deaths in one of the world’s most vulnerable countries.

The United Nations says it fears the virus could be spreading undetected in the country where a five-year war has shattered health systems and left millions acutely malnourished.

The emergency coronavirus committee said in a Twitter post that a 40-year-old man was diagnosed with the infection in the southwestern Taiz governorate, the region’s first case.

“The patient is receiving care at a quarantine center and measures have been taken by the monitoring teams and the health department for those who interacted with him,” it added.

A report issued by Yemen’s disease early warning system, seen by Reuters, identified the man as Ehab Mahyoub and said he came to Taiz by car with his family on April 27 from the southern port of Aden, where he worked at a jewellery store. It said he first experienced symptoms two days earlier.

Authorities received a call on April 30 from a local at Taiz fishing market reporting the suspected case and Mayhoub was taken to Joumhuriya hospital, the report said.

It said 10 people in close contact with him, mostly relatives, appeared in good health and were told to self-isolate at home.

Yemen recorded its first case of COVID-19 in southern Hadharamout province on April 10. On Wednesday, it announced five infections in Aden, with two deaths.

The poor country is already grappling with the world’s biggest humanitarian crisis caused by the war between a Saudi-led coalition and the Houthi group that ousted the government from power in the capital, Sanaa, in late 2014.

The World Health Organisation has said it fears the worst about the COVID-19 impact in Yemen as its population has some of the lowest levels of immunity and most acute vulnerability to disease compared with other countries.

Around 80% of the population, or 24 million people, rely on humanitarian aid and 10 million are at risk of starvation. Disease is rife and some like dengue fever share the same symptoms as the novel coronavirus, making it harder to detect.

Yemen is split into rival power centres. On Wednesday the Aden-based government’s emergency coronavirus committee voiced concern that Houthi officials were not admitting to a coronavirus outbreak in Sanaa. The group’s health authorities said all suspected cases there had tested negative for COVID-19.

Yemeni authorities have upgraded 37 hospitals across the country with makeshift coronavirus wings but there is a shortage of testing kits, ventilators and hospital beds.

Image; FILE PHOTO: A health worker takes temperature of passengers of a van, amid fear of coronavirus disease (COVID-19), on the outskirts of Taiz, Yemen April 12, 2020. REUTERS/Anees Mahyoub

Women who dare dissent targeted for abuse by Yemen’s rebels

'It is still a mystery': War-hit Yemen struggles to trace COVID-19 infection