In the same vein, Mohamed Ali Tantawy, trainer of the national team for weightlifting, was honored for having a splendid impact on the Egyptian winner through support and good training.

Impressing competitors from around the world coming, from New Zealand, Turkey, Kazakhstan, Vietnam and more, Ezzat lifted a total of 219 kg during the remarkable competition. In the category of 76 kg weight, Ezzat pinched the two golds in the snatch with 122 kg, in addition to winning the silver medal in the clean and jerk with 97 kg, according to IWF’s official website.

Ezzat has won numerous international competitions she has participated in, among which was recently the African championships held at the end of last year, where she won the 71 kg category, according to IWF.

The young Egyptian champion collected three gold medals in the category 63+ in the African Youth Championship that took place in Algeria and ran from July 19 to 28 last year, according to Women of Egypt. 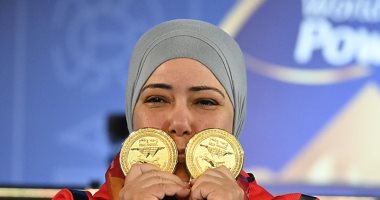 Basma Emad wins bronze in weightlifting at the Mediterranean Games 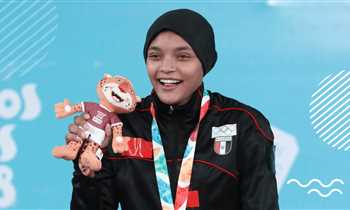