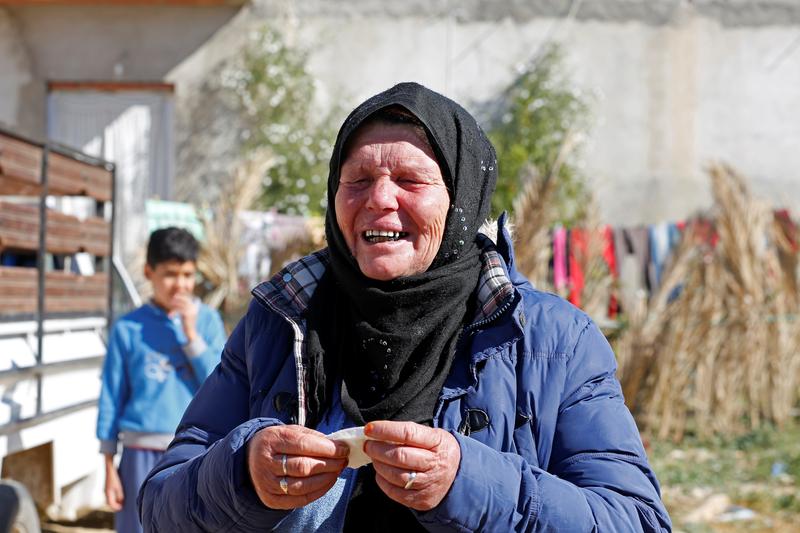 SFAX, Tunisia (Reuters) – When Brahim al-Aouissaoui made a video call to his family back in Tunisia early on Thursday he told them he had just arrived in Nice and found a place to sleep in a stairwell near a church, they recalled.

Very soon afterwards, French police believe, the young Tunisian walked into the church and killed three people, beheading one of them, and shouting “Allahu Akbar” – God is the greatest in Arabic.

“He said he just arrived and he didn’t know anybody there… he said he would leave the building in the morning and look for a Tunisian to speak to and see if he could stay with them or find a job,” Aouissaoui’s brother Yassin told Reuters.

Though he was arrested for knife crime four years ago as a teenager, and had given up drugs and alcohol and taken up prayer, Aouissaoui was not on any Tunisian or French list of suspected jihadists, police in both countries said.

Thursday’s attack ended when police shot Aouissaoui, who is now in critical condition. He was carrying a Koran and the long knife used in the killings. Another two knives were found next to his bag, police said.

In the Aouissaoui family home in Thina, a dowdy suburb of Sfax, his parents and nine siblings wept as they spoke. When the television reports showed the scene of the attack they recognized it from his video call.

They had not seen Aouissaoui, 21, since September when he boarded a small boat for Lampedusa, the Italian island that is a main arrival point for immigrants to Europe.

Though many other young men in their area have made that journey, his family said Aouissaoui had not told them of any specific plans, though he had spoken before about wanting to go to Europe.

“I want to work like everyone else and get married, buy a house and a car just like anyone,” Yassin said his brother had told them.

He sold black market petrol to make money to pay smugglers to take him to Europe, a neighbor said.

But when he phoned to say he was in Italy, his family were surprised, said Yassin. Italian authorities say he was transferred to mainland Italy on Oct. 8 after arriving in Lampedusa on Sept. 20.

Aouissaoui reached France on Wednesday, his family said, as Muslims around the world protested over the French government’s response to the killing of a school teacher.

He phoned his family to say he had left Italy. “You are not educated. You don’t know the language. Why did you go there?,” his mother Gamra said. “‘Mum, pray for me’,” he had replied.

After arriving in Nice at around dawn on Thursday, he spent about an hour and a half in the train station, then put on new shoes and reversed his coat, the French prosecutor said. The attack came minutes later.

Aouissaoui left school early, able to read and write in Arabic, but not in the Latin alphabet he would have needed in Europe, his sister Afef said.

He worked in a garage as a pump attendant and mechanic and got around Thina on a motor-bike.

His family and neighbors said he was not known to have any militant views or belong to jihadist circles and was not a regular at the mosque.

However, he had started praying often at home about two years ago, his brother said, after giving up alcohol and drugs.

Tunisia has for years battled a jihadist security threat, though police have grown more effective. Jihadist attacks in Tunisia in recent years have mainly been carried out by people radicalized online rather than in mosques, diplomats say.

On Friday, the state news agency reported that authorities had approved an investigation into social media claims attributing the Nice attack to a previously unknown group called “The Mahdi Organisation in Southern Tunisia”.

“His behavior has never been suspicious. I never heard of him dealing with extremist groups or anything related to terrorism or extremism,” said neighbor Achref Fergani.

His mother sobbed while speaking to Reuters about her son. The family are now under investigation and police have taken some of their phones.

They speculate that he was an innocent bystander, caught up in a crime he had witnessed. “Maybe the attack took place and he heard something so he ran to see what happened and was shot,” his brother said.

Reporting by Jihed Abidellaoui and Zoubeir Souissi in Sfax, Tarek Amara in Tunis and Tangi Salaun in Paris, writing by Angus McDowall, editing by Angus MacSwan and Giles Elgood

Image: Gamra, the mother of Brahim Aouissaoui, who is suspected of carrying out Thursday’s attack in Nice, France, reacts at her home in Thina, a suburb of Sfax, Tunisia, October 30, 2020. REUTERS/Zoubeir Souissi