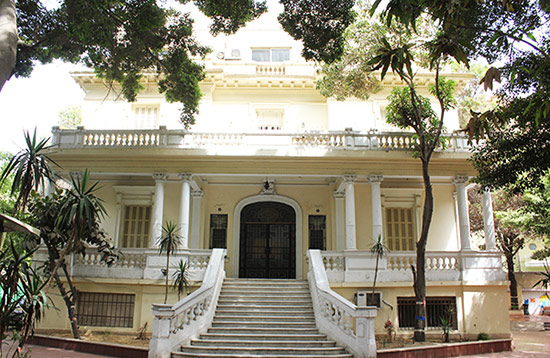 Construction of a new metro station has begun inside one of Cairo’s most luxurious, prestigious and aristocrat suburbs, Zamalek. The potential effects on neighborhood infrastructure have stirred up endless calls and appeals from residents and entrepreneurs based in the neighborhood.

A number of media outlets have echoed the concerns of the residents, about the consequences drilling will have, particularly, on the foundation of a group of historic schools. The specific institutions are called ‘Dar El Tarbyia,’ established in the 60s as a group of private schools in Egypt.

It is speculated that construction of the Zamalek Metro station could damage the infrastructure of the school buildings. Apprehension rose when the National Metro Authority seized part of the schools’ campus for drilling operations.

Following the seizure, a number of students’ parents and school officials expressed concern about the future of the schools and the safety of the students inside, as the drilling operation on one school property had led to the closure of an emergency exit.

“The establishment of the Zamalek Metro station and its drilling operation that extended to be beneath the infrastructure of the Dar El Tarbiah schools represents a threat to the walls of the school, as it may result in the demolition of these walls,” Founder of Dar El Tarbiah schools Dr. Nawal El Degwi told Egypt Independent on Saturday.

She called on President Abdel Fattah al-Sisi to interfere in order to suspend the current drilling plans and to request the expertise of the renowned Egyptian engineer who supervised the establishment of the Berlin’s train station.

“With the expertise of such an engineer and reviews of other drilling plans designed by other companies, such the French company that participated in the project, the danger dissolves,” she explained.

El Degwi noted that she is confident that Sisi will put an end to the problem, as the current construction plan will lead to waste of state financial resources and the destruction of the schools’ infrastructure.

Egypt Independent tried to reach officials from the Metro National Authority to get more details on the construction stages of the Zamalek Metro Station, however no one responded.

Dar El Tarbiah School is an Egyptian educational institution, founded in 1958 by Dr. Nawal El Degwi, it was the first English-language instruction institution founded by Egyptians.

It provides education from kindergarten through grades one to 12. The institution currently has seven branches in Cairo and is one of the first educational institutions in Egypt. It has national, international, American and I.G.C.S.E (British) sections.

Dar El Tarbiah was licensed in 1958 by the Egyptian Government, and became licensed as a “British” school system school in 1970. The institution is considered a successful part of the 40-year-old Egyptian educational landscape.

Since the declaration of the government’s intention in 2013 to establish a third metro line that would include building a metro station in Cairo’s prestigious suburb of Zamalek, many residents have expressed their objection to the implementation of the project, not only through media outlets, but in organized marches as well.

In May, Zamalek residents staged a protest in which they reaffirmed their refusal of the establishment of a metro station in their suburb; the participants raised claimed that the construction will lead to the collapse of the historic buildings.

Nevertheless, the Union of French and Egyptian companies responsible for the third metro line in Cairo declared officially during a press conference in July that the National Authority of Cairo Metro approved the establishment of a Zamalek metro station.

They also said in the statement that alternative plans to avoid the establishment of a Zamalek metro station have been rejected, as they would cost too much and would consume too much time and effort.

Zamalek Metro: A nightmare haunting residents of the prestigious district