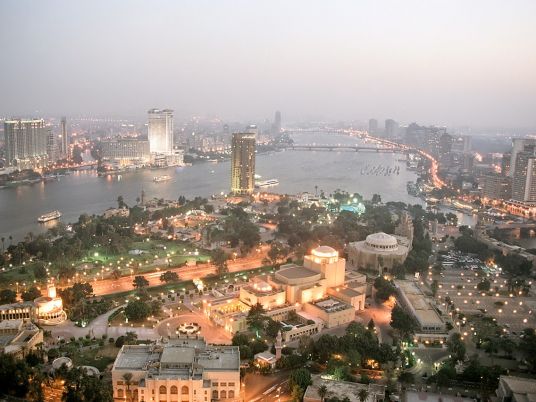 In the main lobby of the State Council, Samira Barakat, her father and one of her friends are awaiting the start of deliberations in the main case on their list of priorities.

The case is known in the court records as No. 55989 against the Chairman of the Board of Directors of the National Authority for Tunnels, and its aim is to stop the implementation of the decision determining the route of the third phase of the third line of the Cairo Underground Metro under Ismail Mohamed Street in Zamalek Island and cancel it altogether.

Some of the more zealous residents of the Zamalek area have trickled into the courthouse gradually. Samira, who is opposed to the metro, explains the vision of the rest of the residents of the quiet neighborhood who object to the passage of the subway through their neighborhood, saying “Zamalek is an island, its soil is weak and it is not suitable for metro traffic.”

Since 2014, Samira and some neighbors from Zamalek have decided to transfer their fears to the judicial arena, first by official notice handed to the National Authority for Tunnels to change the route of the metro, and finally through a formal lawsuit before the First Chamber of Rights and Freedoms at the State Council.

The details of the case are given by Ibrahim Seoudi, the lawyer of the over 40 plaintiffs from the Zamalek district, including Samira, who is keen to attend the successive sessions, continuing to explain her point of view: “The street they chose for the station is a very small and one way, we are afraid that houses or lives may get harmed.”

The judicial dispute began with Seoudi submitting special engineering studies to the court that suggest that the implementation of the third phase of the third line of the subway would place Zamalek area in serious danger, threatening the architectural and cultural heritage of the area.

Nevertheless, there is a substitute route has been suggested by the Japan International Cooperation Agency (JICA) at the beginning of the millennium, passing through the Kit Kat area then over the Nile via a bridge. Seoudi said this suggestion was mentioned in one of the books of the former Transport Minister Ibrahim al-Demiri.

“This route is less expensive and more secure, costing no more than 3 percent of the cost of underground drilling,” said Seoudi, adding: “The subject lacks transparency, and we didn’t feel that there were any serious soil studies in Zamalek.”

Seoudi questioned the increase in the interest value of the loans of the first three stages of the third line of the subway, according to some documents of the case; including the financial protocol signed between the government and the French body funding the project: “The interest rate in the first phase was 0.02 percent and in the third phase it became 1.97 percent.”

In a telephone interview with Al-Masry Al-Youm, the spokesperson for the National Authority for Tunnels, Hassan Tawfiq, explained that the claim that the soil is unsuitable for drilling works in Zamalek has been shown to be incorrect, both geometrically and scientifically. This fact is reflected in the Opera metro station of the second line of the subway, which is located in Gezira island, near Zamalek neighborhood: “The Opera metro station opened in 1996, and we know the soil better now. [In fact,] what is supposed to happen after 21 years, is that the technology has evolved,” Tawfiq said.

In the April 18 session, the court set July 1 to issue a verdict in the case No. 55989, which is considered by Seoudi a positive step.

Meanwhile, in the struggle against the Zamalek metro, there have been calls for the president to intervene. In the virtual space, residents express themselves fervently in the Facebook group “Save Zamalek Island”, which is home to about 2,000 residents of the prestigious district.

“The security of Zamalek”, is one of the priority concerns shared among the members of this community, as well as pushing the third line of the subway to an alternative route which does not pass through the island. The civil struggle of the residents made them resort to the judicial approach, and they filed a case with the State Council three years ago against the National Authority for Tunnels which is affiliated with Transport Ministry, as well as organized attempts to advocate and gain public support for the fairness of their demands.

In an elegant paper case, Maha al-Tarabeshi, a media professor, a resident of Zamalek and a strong activist in the Zamalek metro case, keeps a semi-complete archive of Zamalek residents’ campaign against the Zamalek subway station, tracing a clear map of the campaign’s history from its inception.

Tarabeshi and her family live in Zamalek neighborhood since she was a child, a quiet area embracing several foreign communities, because of the scattering diplomatic bodies in it. “90% of the embassies of the world in Egypt are in the Zamalek district. Here reside ambassadors and members of diplomatic bodies,” she said.

Since hearing the news of the preparations for the opening of a metro station in her neighborhood, the issue of securing the diplomatic buildings in the vicinity, as well as her own personal security and that of her family, became a matter of concern: “Anyone can come to Zamalek through the Metro and commit a terrorist act,” Tarabeshi exclaimed.

In one of the halls of Abdel Moneim El Sawy Culture Wheel in Zamalek, there was a public meeting in 2012 between the residents and the head of the National Authority for Tunnels, Major General Ismail al-Najdi. However, the public meeting did not end well, with Najdi withdrawing in the middle of the meeting during an argument with the audience.

After nearly three years of litigation, and arguments with the representatives of the state, the campaigners are frustrated and hopeless. “We hang no great hope on the judicial judgment, but we have to try. We published more than one appeal to the presidency on the pages of newspapers. Upon the first appeal, there was a good response; then, later, we just didn’t hear anything and we don’t know what happened,” Tarabeshi explained.