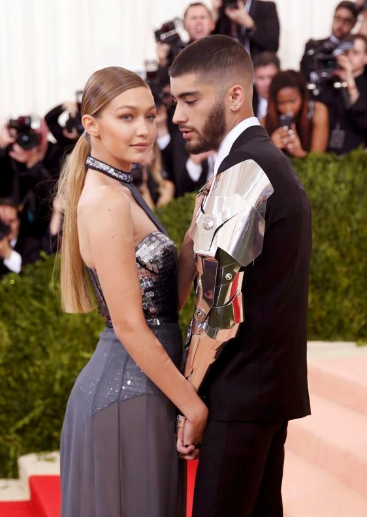 Malik, a pop star who broke up with One Direction in 2015, and Hadid, a model and Taylor Swift squad member, announced their break up Tuesday. They’d dated for more than two years and one Vogue cover.

The news may be as the biggest break up in social-media history, if you ask your teenagers.

“I’m grateful to all of our fans for respecting this difficult decision and our privacy at this time” Malik said.

Hadid implied the split was amicable.

Considering the young fan base that worships the pop culture real estate the pair occupies, the news quickly sent social media into a meltdown of feels.

Speculation that the two had become an item began when Hadid starred in Malik’s ‘Pillowtalk’ video in early 2016.

The two did not make their relationship public until they walked the red carpet at the 2016 Met Gala — as one does.

Months ago, Malik got a tattoo of his now ex-girlfriend’s eyes on his chest.

This is not the first high-profile breakup for either star.

Hadid split from singer Joe Jonas in 2015, and the same year, Malik split from Little Mix singer Perrie Edwards. (Nothing like ending a headline-making relationship by quickly starting another one.)

Is there hope the two will reunite at some point? Hard to say.

“As for the future, whatever’s meant to be will always be,” Hadid said in her post.