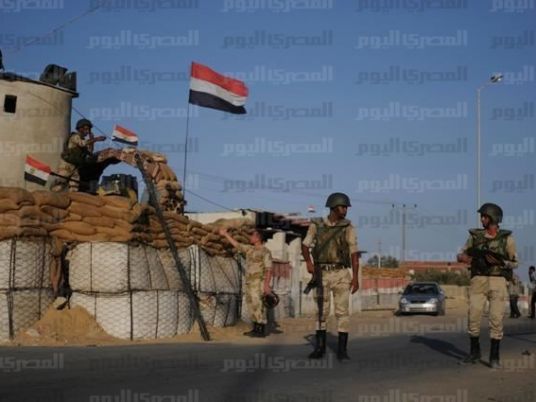 Samir added that 14 militants were killed in northern Sinai in an exchange of fire in the districts of al-Nosraniya, al-Zawraa and al-Quwaiaat, pointing out that the army arrested a very dangerous terrorist named Sweilam Mohamed Salem Salama.
Also, a field hospital that was allegedly used by terrorist elements was destroyed and equipment, such as a device to sterilize surgical instruments, an oxygen cylinder, a filter for surgical operations, a device for measuring blood pressure and a furnace for sterilization, were seized.
Also destroyed was a workshop allegedly used for manufacturing IEDs that contained 15 sacks of explosives and molds to manufacture bombs.
Edited translation from Al-Masry Al-Youm