Up to 145 pilot whales have died in a mass stranding in a remote part of, with authorities saying Monday they made the “heart-breaking” decision to euthanize dozens that lay stricken on the shore.

The stranding was discovered by a hiker late Saturday on Stewart Island, 30 kilometers (19 miles) off the southern coast of the South Island.

Half of the whales were already dead and due to the condition of the remaining whales and the remote, difficult-to-access location, the decision was made to euthanize the remainder.

“Sadly, the likelihood of being able to successfully re-float the remaining whales was extremely low,” said Ren Leppens, the Department of Conservation’s operations manager on Stewart Island.

“The remote location, lack of nearby personnel and the whales’ deteriorating condition meant the most humane thing to do was to euthanize.

“However, it’s always a heart-breaking decision to make.”

It was one of four strandings discovered on New Zealand shores over the weekend which stretched DOC resources.

In the far north of New Zealand, eight pygmy killer whales were transported by truck to the east coast from the west where sea conditions were too rough to refloat them.

Two of the pod had to be euthanized, but Daren Grover of the marine conservation group Project Jonah said the remainder were saved by transporting them by road to the more-sheltered east coast 20 kilometers away.

“It’s highly stressful for the whales, but they’ll be using suitable padding to protect them,” he told Fairfax Media.

They were to be kept in a stream overnight and refloated at high tide on Tuesday morning.

There were two other whale strandings over the weekend in New Zealand, where beachings are relatively common with the conservation department responding to an average 85 incidents a year, mostly of single animals.

A sperm whale which beached in Doubtless Bay died overnight on Saturday, while the body of a dead female pygmy sperm whale was found at Ohiwa on the west coast of the North Island.

Exactly why whales and dolphins strand is not fully known but factors can include sickness, navigational error, geographical features, a rapidly falling tide, being chased by a predator, or extreme weather. 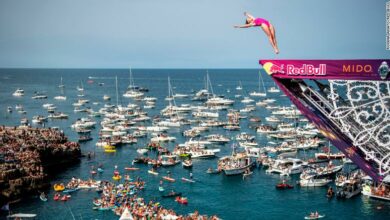 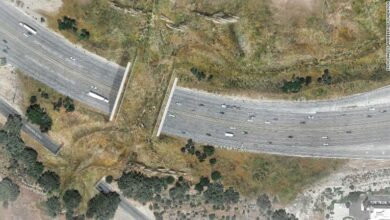