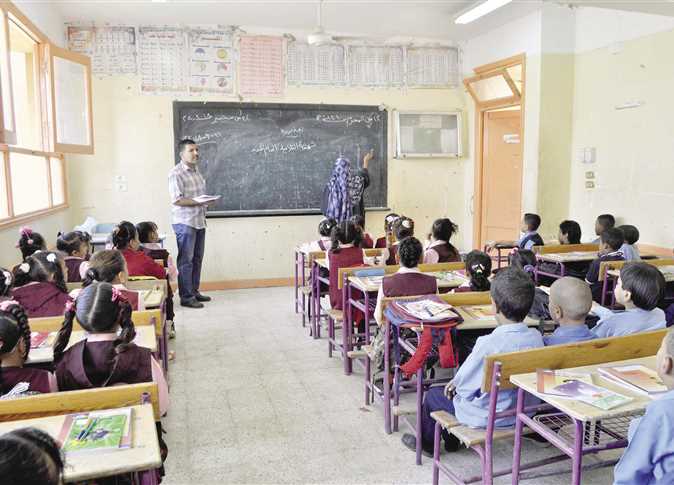 Only a month into Egypt’s new school year and coronavirus cases within schools have risen dramatically, with seven teachers killed thus far.

Last week saw many teachers and school principals contract the disease, according to the privately-owned al-Watan newspaper on Tuesday.

The latest of these deaths was a headmaster in the Kafr el-Sheikh governorate’s Desuq Agricultural School, Zekry Asr, who passed away on Tuesday.

Over the past three days, the pandemic has claimed the lives of three school principals in Beheira governorate, who contracted the virus during the past two weeks and were admitted into isolation hospitals.

The latest of the three deaths in Beheira was Al-Sayed Dahroug, principal of Edco Agricultural Secondary School, who passed away on Tuesday.

Qena on Monday was gripped with fear and uncertainty, after one teacher died and six others were infected within two weeks, even despite the launch of campaigns to sterilize and disinfect schools.

The follow-up teams, in cooperation with the Preventive Medicine of Qena Health Directorate, announced that they would move to the school of the deceased teacher and sterilize the entire building, and test those who were in contact with the case.

In Damietta, an Arabic language teacher died in the Experimental Elementary School due to the coronavirus.

Her death led to controversy on social media, with parents calling on the Education Directorate to issue a statement clarifying if the teacher had gone to school while infected with the virus.

And an employee at the Vocational Preparatory School in Kafr el-Zayat Educational Administration, died of coronavirus inside Kafr el-Zayat General Hospital.

Egypt’s Education Ministry will block all students over 12 years old refusing to wear a facemask from entering schools, state-run Al-Ahram newspaper reported on Sunday and citing sources from within the ministry.

The sources said that this comes in response to a decision made by the Coronavirus Crisis Management Committee meeting at the beginning of November.

Egypt to block students without facemasks from entering schools