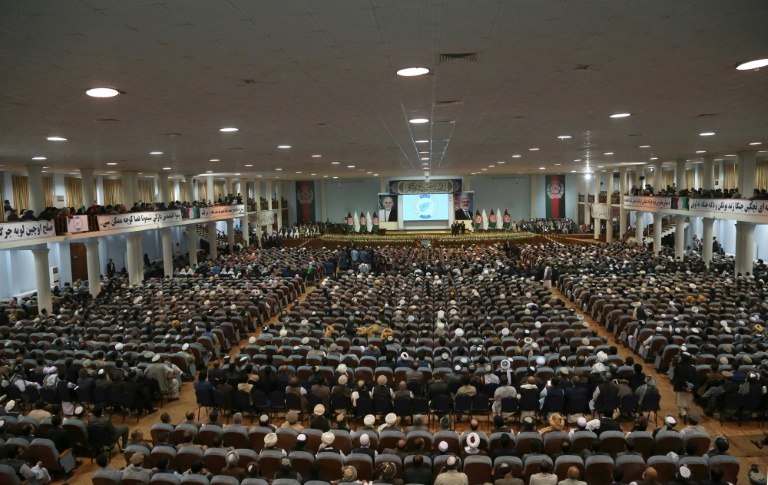 A historic “loya jirga” peace summit in Kabul ended Friday with delegates from across Afghanistan demanding an immediate and permanent ceasefire — and President Ashraf Ghani saying he was conditionally prepared to implement one.

This week’s loya jirga, or grand assembly, saw about 3,200 religious and tribal leaders, politicians and representatives try to find a breakthrough in Afghanistan’s gruelling conflict, which is now in its 18th year.

The rare summit, the first of its kind since 2013, saw emotions riding high as attendees shared tears, recriminations and at least one fist fight as they revisited the horrors of Afghanistan’s recent past, and contemplated peace with their longtime foe.

“The government of the Islamic Republic of Afghanistan and the Taliban movement should declare and implement an immediate and permanent ceasefire,” delegates said in a declaration at the end of the jirga.

The ceasefire should start at the beginning of the holy month of Ramadan, which gets underway in the coming days, they added.

Afghan President Ashraf Ghani told delegates he was “prepared to implement the fair and legitimate demand” for a ceasefire but stressed it “cannot be one-sided”.

“If the Taliban are fully ready for a ceasefire, then we can talk about the technical details,” Ghani said in a speech. The president also promised to release 175 Taliban prisoners as a gesture of “goodwill”.

Taliban spokesman Zabihullah Mujahid did not respond directly to Ghani’s offer, but said in a statement the group would “try not to inflict civilian casualties” during and after Ramadan — echoing vague previous statements.

Last year the Taliban announced a three-day ceasefire at the end of Ramadan after Ghani declared a unilateral truce for eight days earlier in the month.

It was first formal nationwide ceasefire since the US-led invasion of 2001 and saw unprecedented scenes of reconciliation and jubilation across the country.

Mujahid also attacked Ghani, who is running for re-election, for using the jirga to boost his political standing ahead of elections slated for September.

The Taliban so far have refused to even speak with Ghani, who they view as an American stooge.

Discussions for a potential peace deal with the US are taking place completely separately in the Qatari capital Doha, where senior Taliban leaders are meeting with US peace envoy Zalmay Khalilzad this week.

The potential pact would see the withdrawal of foreign forces from Afghanistan in return for the Taliban guaranteeing terrorist groups could no longer operate in the country.

Huge swathes of Afghan society worry that if the US does make a deal with the Taliban, the militant Islamists would try to undo advances in women’s rights, media freedoms, and legal protections.

Such concerns were prominent at the jirga, where hundreds of women attended to outline their “red lines” for any negotiations with the Taliban. The declaration at the end of the event said the rights of all Afghans should be preserved.

“We don’t want such a peace that women’s rights are not respected, freedom of expression are not ensured, elections are not held,” committee member Faizullah Jalal told the summit.

Khalilzad said on Twitter he had told the Taliban “that the Afghan people, who are their brothers & sisters, want this war to end. It is time to put down arms, stop the violence, & embrace peace”.

The Taliban responded on Twitter by saying Khalilzad “should forget about the idea of us putting down our arms”.

This year’s jirga proved controversial, with opposition figures slamming it as an election campaign event for Ghani.

Among those boycotting were Chief Executive Abdullah Abdullah and Gulbuddin Hekmatyar, a notorious former warlord. Both men are running for president in elections slated for September.

“This would help create conditions for peace and save Afghan lives. UNAMA stands ready to assist all parties to bring an end to the conflict,” the agency said.

Meanwhile, Afghanistan’s war rages on, with thousands of civilians and fighters being killed each year.

US forces continue to train Afghan partners on the ground and strike the Taliban from the air, in a bid to push the war to a political settlement.