Abdalla Hamdok’s resignation is just the latest move in an increasingly worrying political to-and-fro in the country, as civilian and military forces jostle for control.

Opinions on the resignation are mixed. Some are worried it equals the beginning of the end of Sudan’s democratic transition and that the military will take power by force now, appointing a new prime minister of their own choosing. Others see the resignation as a positive, a way to unite squabbling pro-democracy forces on the ground and to ensure that the Sudanese military’s role is seen clearly by international observers.

Hamdok was previously part of the country’s transitional civilian-military government, formed in 2019, after the overthrow of former Sudanese dictator Omar al-Bashir. That transitional government was described as an historic chance for a return to civilian rule and democracy in Sudan. It saw the country welcomed back by the international community with elections planned for 2023. 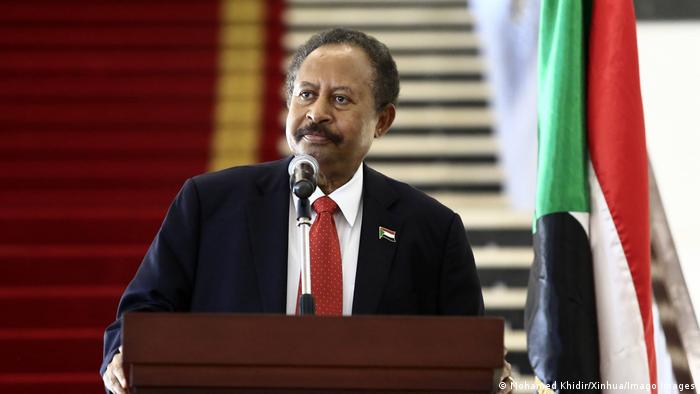 In a televised speech, PM Hamdok said his best efforts to build consensus had failed

But then the transitional government was itself overthrown, in October last year, with the military half of the government ousting civilian politicians like Hamdok and taking over.

Just around a month later though, Hamdok returned to government. Previously under house arrest, he signed a 14-point power-sharing deal on November 21 with Sudan’s army chief, General Abdel Fattah Burhan.

“Sudanese blood is precious,” Hamdok said at the time. “Let us stop the bloodshed.”

Which is why the now ex-prime minister didn’t have any choice but to resign, said Christine-Felice Roehrs, head of the Khartoum office of German foundation, the Friedrich Ebert Stiftung. “He said he would run again to prevent bloodshed on the streets during anti-military protests,” Roehrs explained. “And he clearly failed to do it,” she said, pointing out that in protests over the past few weeks, at least 57 people have been killed .

The main civilian coalition, Forces of Freedom and Change (FFC), which had previously been part of the transitional government, refused to recognize the agreement between Hamdok and the military anyway. Many of the anti-military demonstrators saw Hamdok as a “fig leaf,” hiding what was, in reality, just another version of military rule, Roehrs added. As a result Hamdok, who had been a figurehead for civilian rule, lost popular support.

FFC supporters, along with many others including local trade unions and youth groups, have been demonstrating against ongoing military rule in the country for weeks now. Protests have been met with blockades, tear gas and even live ammunition. During protests, the internet has been cut off, media outlets attacked and mobile phones blocked. Over the past week, at least three more protester deaths were confirmed.

Some in Sudan have welcomed the resignation. “He signed a bad deal,” Fatima, a Khartoum resident who supports the anti-military demonstrations, said of the November contract Hamdok agreed to; she didn’t want to give her full name because she is not a spokesperson for any protest movement. 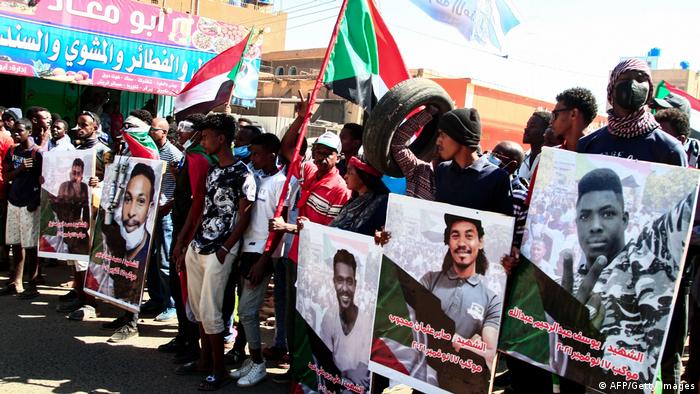 “Some were saying, this is nonsense, we cannot be supportive because he was coming back in with this terrible political agreement,” Fatima said, describing the atmosphere on the street in the Sudanese capital. “Others were saying, we should support him. Maybe he can undo some of the damage from within. It was causing a huge conflict.”  So when Hamdok resigned, “he simplified things for us,” she continued. “I think it’s going to be much easier to have a united civilian front now.”

Jihad Mashamoun, a Sudanese researcher and political analyst based in the UK, is similarly optimistic. “I think he [Hamdok] actually did us a service by resigning,” Mashamoun told DW, “because he exposed the military’s role to the international community.” 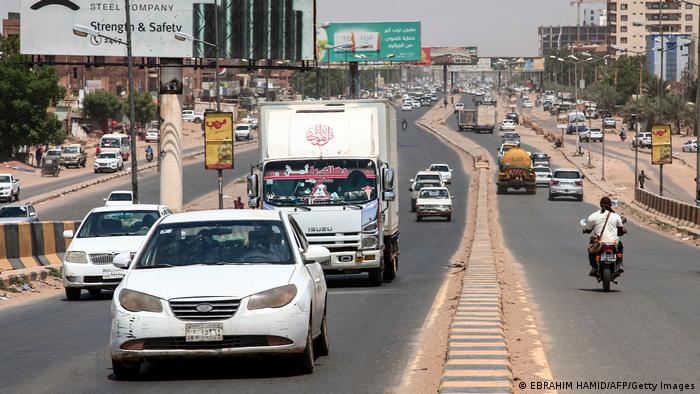 It’s hard to know whether those optimistic scenarios can come to fruition, cautioned Theodore Murphy, director of the Africa program at the European Council for Foreign Relations.

“The protest movement had already escalated its demands in response to the coup on October 25, calling on the military to step back from the political leadership of the country altogether,” Murphy told DW. “Before Hamdok’s resignation, the international community found this position unrealistic. They backed the November 21 agreement as a starting point to reconstitute the transitional government with both the military and civilian elements, however imperfect.”

“International efforts will need to redouble in order to dissuade the military from capitalizing on Hamdok’s exit to complete their coup,” Murphy argued.

Sudan is at a crossroads, Amin Ismail Majzoub, a strategic expert and specialist in crisis management at the Center for National Studies in Khartoum, confirmed to DW Arabic.

“What is urgently needed now is the appointment of a prime minister and a government of technocrats as well as an understanding with the street [the anti-military protesters] that meets their demands,” Majzoub said. “This is another major problem because it means the exit of the military completely — which is difficult, at least during the remainder of the transitional period.”

If there is one thing that everyone can agree upon now, it is that nobody knows what happens next. “It’s all foggy,” confirmed the Friedrich Ebert Stiftung’s Roehrs in Khartoum. There are rumors, fears and many varied interpretations of the situation, she said.

Some say elections should be held more quickly, others are concerned that the military will simply choose a new prime minister unilaterally, Roehrs and other experts all agreed. But if they do this, pro-democracy protesters would react and this would only plunge the country into another round of revolutionary fervor, political chaos and more potential violence. 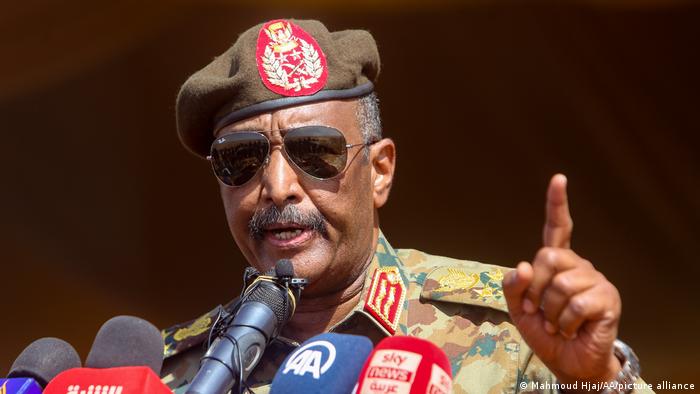 After Hamdok’s resignation, the head of the army Abdel Fattah al-Burhan said a new PM should be appointed quickly

“I don’t know where this is going to go. It may go very badly,” Fatima, the Khartoum resident and pro-democracy supporter, admitted.

But Hamdok’s resignation “has returned us to a black and white scenario,” she said. “Now the page will turn. We are back in full revolution mode. Young Sudanese are very determined to move this country forward and to try to push the military back into its barracks and build a civilian democratic society. That has a momentum that no one can stop,” she concluded. 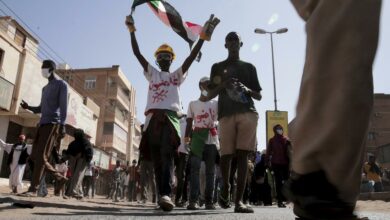