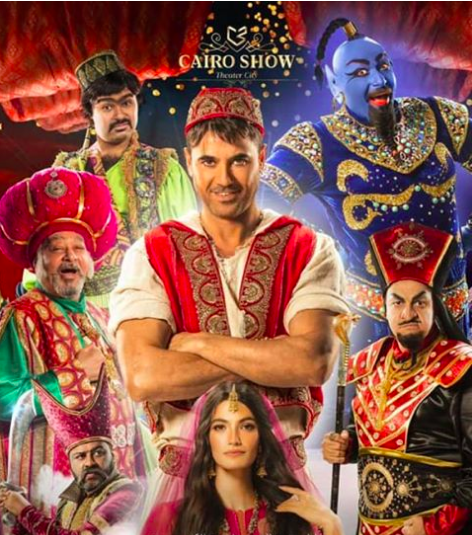 The Egyptian show “Aladdin,” produced by Cairo Show production and starring famed Egyptian actor Ahmed Ezz, is set to premier in Egypt this February at the Movenpick Hotel Media City in 6 October City.

The Arabic-language version of Aladdin, which first took the stage in Saudi Arabia’s Riyadh in 2019, marking the cinema star Ezz’s first stage appearance.

Videos that went viral on social media during the screening in Saudi Arabia showed that one of the acrobatic show’s highlights includes the remake of the scene featuring Aladdin flying on his magic carpet alongside his beloved Jasmine.

Tara Emad launched her modeling career when she was 14 and has been featured in several magazines, including Vogue Arabia and Vogue Italy, according to the Arab Edition. She began her acting career on various TV series and movies, including “The Blue Elephant” (2014).

Aladdin to premiere in Saudi Arabia this December