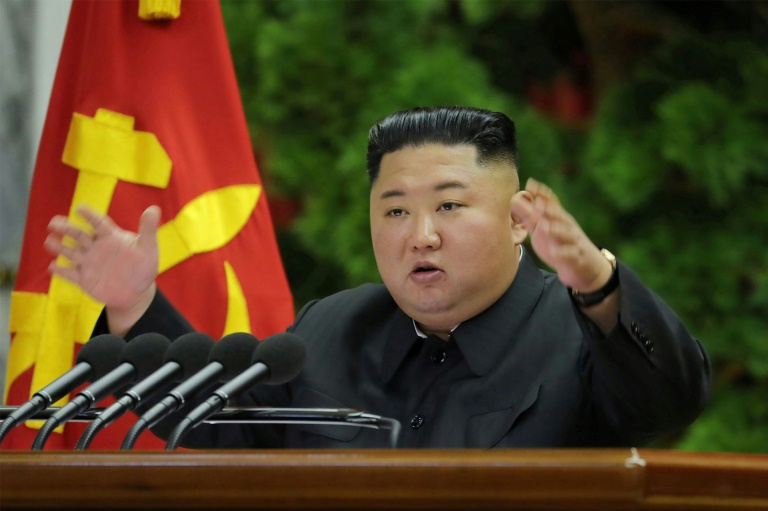 North Korean leader Kim Jong Un has called for “offensive measures” to strengthen security ahead of a New Year speech that could flesh out the nuclear-armed nation’s threat to seek a “new way” forward after the expiration of its year-end deadline for US sanctions relief.

Kim’s latest comments, made during a meeting of top ruling party officials in Pyongyang, came amid concerns that the North could formally close down dialogue with Washington and resume nuclear and long-range missile tests.

Addressing the officials, Kim stressed the need “to take positive and offensive measures for fully ensuring the sovereignty and security of the country,” the state news agency KCNA reported Monday.

Nuclear talks between the North and the US have been largely stalled since the collapse of a February summit between Kim and US President Donald Trump in Hanoi.

Pyongyang has been demanding the easing of international sanctions imposed over its nuclear and ballistic missile programmes, while Washington is insisting it takes more tangible steps towards giving them up.

The North has not so far specified the “new way” it would adopt if the US does not offer fresh concessions by the end of the year, and Kim is expected to make it clearer on Wednesday.

This month China and Russia — the North’s biggest economic partners — proposed loosening UN sanctions against Pyongyang, and analysts say Kim is likely to seek to exploit rivalries between Washington, Beijing and Moscow.

The “new way” was more likely to be an old way with denuclearization firmly off the table, said Henri Feron, Senior Fellow at the Center for International Policy in the US.

“What North Korea refers to as a new path is new in the sense that it will differ from its relatively engaging posture the past two years, but will actually be a return to the posture it maintained notably in the Obama era,” he told AFP.

“It will focus on developing its military leverage and economic resistance to sanctions, while demanding unconditional peace and normalization before there can be any talk on denuclearization.”

Speculation has mounted that Pyongyang could abandon its moratorium on intercontinental ballistic missile (ICBM) tests — although its ominous threat of a “Christmas gift” to the US appears to have fizzled.

US National Security Advisor Robert O’Brien said that Washington would be “extraordinarily disappointed and we’ll demonstrate that disappointment” if Pyongyang carries out a long-range missile test.

“But we have a lot of tools in our toolkit, and additional pressure can be brought to bear on the North Koreans.”

Wednesday’s speech will be Kim’s eighth New Year address, after he revived the tradition started by his grandfather — North Korea’s founding leader Kim Il Sung — but discontinued during his father’s rule.

It is a key moment in the North Korean political calendar, reviewing the past and setting out goals for the future, and printed in full in the Rodong Sinmun mouthpiece newspaper.

“Kim’s delivery of New Year’s speeches has evolved over time, from standing before a pulpit in a party uniform in his early years, to sitting in an office in a Western-style suit and tie in 2019,” said Rachel Minyoung Lee, senior analyst at specialist site NK News.

Pyongyang has been ramping up the pressure with static tests at its Sohae rocket facility and a series of weapons launches, some described as ballistic missiles by Japan and others — which are banned under UN resolutions.

Lee told AFP North Korea was likely to resume testing longer-range missiles including ICBMs in 2020, and potentially even nuclear blasts, and could also carry out “military provocations against South Korea”.

But an ICBM launch would represent a rapid escalation and risks angering China — which always stresses stability in a region it regards as its own back yard.

And Trump would not want to go back to his previous “fire and fury” rhetoric, preferring to reach a deal with Pyongyang, said Joseph Yun, a former US Special Representative for North Korea under both the Republican and his predecessor Barack Obama.

“Without doubt, the highest priority for President Trump is getting re-elected,” he said.

As such, going back to past confrontation “would sully his reputation as a dealmaker, especially as he has few deals to show, having pulled out of the Iran nuclear agreement and the Paris Climate Accord”.

Image: KCNA VIA KNS/AFP / KCNA VIA KNS Kim told a meeting of top ruling party officials that ‘positive and offensive measures for fully ensuring the sovereignty and security of the country’

To overcome travel ban, some Americans taking cases to court