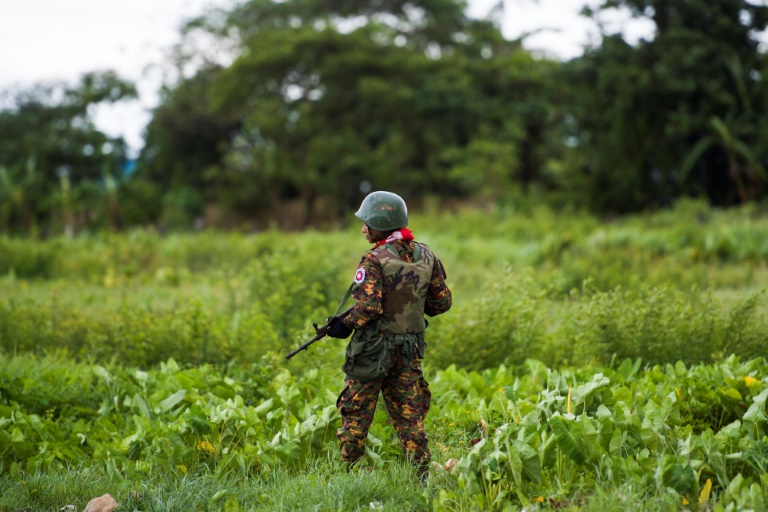 The armed forces have deployed thousands of troops and heavy artillery across northern Rakhine state in recent months where Arakan Army (AA) rebels are fighting for more autonomy for the state’s ethnic Rakhine Buddhists.

The state was also the scene of the military’s bloody crackdown against the Rohingya Muslim community in 2017.

That campaign pushed some 740,000 Rohingya into Bangladesh in violence UN investigators say warrants prosecution of top generals for “genocide”.

Access to the conflict area is heavily restricted but details of civilian deaths have emerged over recent weeks and months.

But the army has confirmed it shot dead six detainees late last month in the village of Kyauk Tan.

Amnesty’s report is based on scores of interviews with people from various ethnic groups, photographs, videos and satellite imagery.

It documents seven unlawful attacks that killed 14 civilians and injured dozens more, saying notorious infantry units have been deployed against the ethnic Rakhine.

Some Rohingya Muslims who have remained in the area have also been killed.

Army spokesman Brigadier General Zaw Min Tun denied all allegations, saying the military’s operations were within the law and they “avoided harming civilians”.

“This was an operation to clear terrorists. We were careful not to commit any war crimes,” he told AFP.

Amnesty also criticized the government for choosing to “remain silent” while supplies of medicine, food and humanitarian relief remain blocked by authorities.

In an unprecedented move after the AA attacked police posts in January, Aung San Suu Kyi’s government ordered the army to “crush” the rebels.

The government spokesman could not be reached for comment.

Although the military was the main perpetrator, AA insurgents have also “committed abuses against civilians”, Amnesty said, alleging they have sent letters with bullets to local administrators and business people.

“I can firmly say it does not happen,” AA spokesman Khine Thu Kha told AFP by phone, denying the claims.